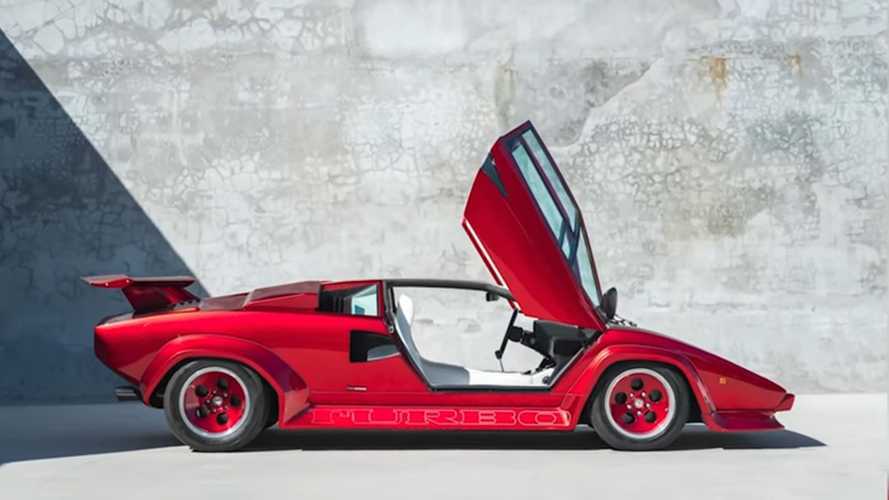 The story of how this car came to light is pretty fantastic.

John Temerian, the founder of Curated, has a real knack for tracking down rare, exotic cars. Naturally, the man can tell all kinds of interesting stories. In the video below, he recounts the tracking down of a missing Lamborghini Countach Turbo, a personal unicorn of his.

Apparently Temerian loves to use Instagram to track down missing exotic cars. It makes sense, even though most people use the social platform to just waste time. Users love posting photos of beautiful cars, even if they don’t own them, and it allows you to figure out where rare examples might be hiding. Sure enough, in the background of a photo Temerian saw a rare Countach Turbo and messaged the user for more info.

This interesting version of the Lamborghini Countach was created by MB Sports Cars back in the 1980s. There were only two made, and they’ve been featured all over the place, with even toy versions created. In other words, the two Lamborghini Countach Turbos are absolutely legendary. It’s understandable why Temerian wouldn’t get too excited about the possibilities up front, because he likely deals with fakes on a pretty regular basis. Also, the common knowledge was that the red Countach Turbo had been destroyed, leaving only the black car. Still, not following up on a lead is a bad practice.

No surprise, the information on Wikipedia and various forums turned out to be false. It took about a year of negotiations for Temerian to finally get the owner to agree to sell the Countach Turbo, along with a 25th Anniversary model. Temerian took a huge gamble, because he didn’t want to contact historians or Lamborghini to verify the authenticity of the vehicle for fear someone else would scoop it.

Ultimately, this story shows how being persistent, thorough, and knowledgeable helps with uncovering valuable cars to add to your collection.

Keep talking about this amazing story and everything else Lamborghini by visiting LamborghiniChat.com.