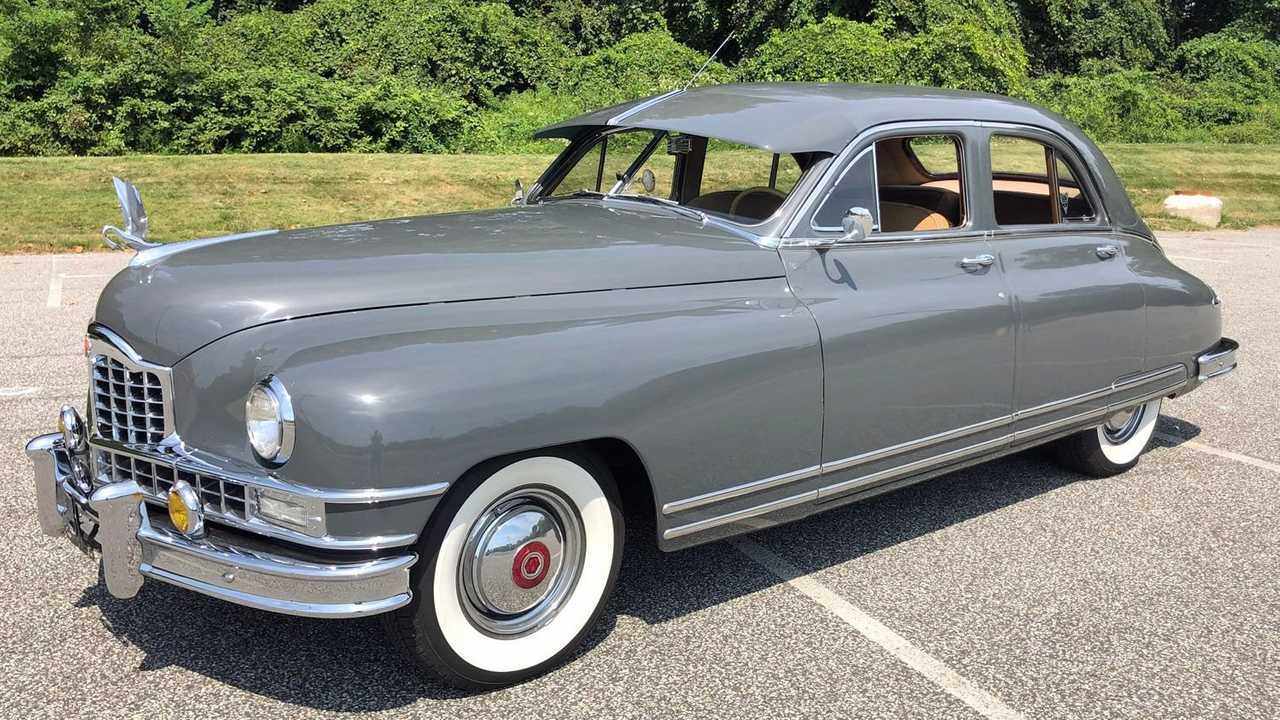 Add this award-winning Packard to your collection today!

In 1949, Packard had some of the most luxurious cars on the market, and less than a decade later, the company had faded from existence. This beautiful 1949 Packard Custom Eight Touring Sedan is an example of the caliber of cars this brand delivered during this time, and if you've ever wanted to add a Packard to your collection, this '49 Custom Eight being sold through Connors Motorcar Company is a great choice.

This car spent its entire life in the dry air out west, so you're not going to find any rust anywhere on this car. All of the paint and chrome are in great shape including the intricate hood ornament, while the recently replaced white wall tires finish off this Packard's vintage style. Looking at its condition, it's not surprising that this 1949 Packard Custom Eight was an AACA National Senior show winner back in 1985. And this car looks just as good today thanks to the seller claiming this car has just 72,000 original miles.

As amazing as this car's condition is on the outside, the original interior is even more impressive. The broadcloth seats look plush and comfortable, but it's the fine details that give this car a luxurious feel with the rich wood accents and flawless chrome trim. The rear passengers definitely ride in style thanks to a footrest and fold-down center armrest. This car appears to be just about as original as it did when it rolled off the assembly line with the only apparent modifications seem to be the addition of seat belts.

Under its looooong hood, this 1949 Packard Custom Eight is powered by an equally long engine: a 327 CID inline-eight! The 160-horsepowr engine is paired with a three-speed transmission with overdrive, and the listing says that this car has been "meticulously maintained" over the years – a claim that can easily be backed up just looking at these pictures.

Gallery: Relive The Glory Days Of Motoring In This 1949 Packard Custom Eight

This 1949 Packard Custom Eight Touring Sedan is currently being offered by Connors Motorcar Company for $29,500, but you can click HERE to make an offer on this stunning example of American post-war luxury.

1953 Packard Caribbean Convertible Is A Work Of Art