Paint The Town Red With A 1960 Ford Thunderbird 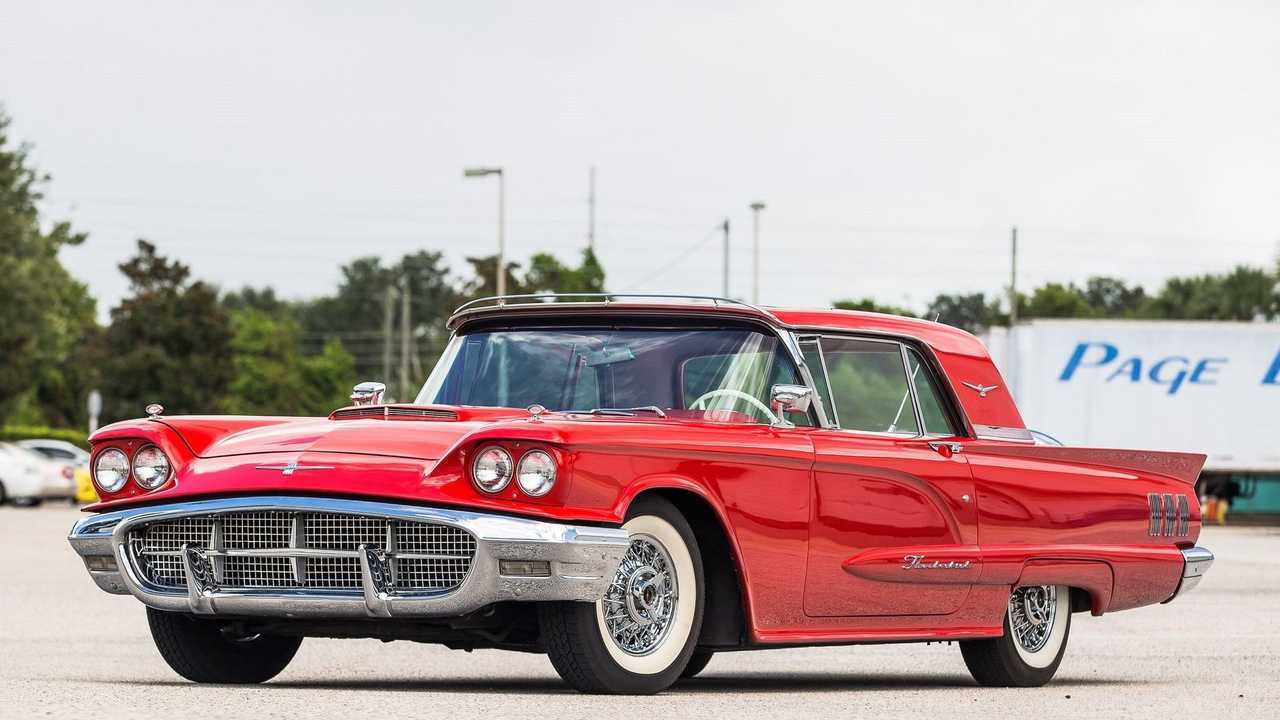 This T-Bird has the rare factory sunroof option.

There’s so much going on stylistically with this 1960 Ford Thunderbird, it’s been dropping jaws for the past 60 years. A striking red over red scheme is highlighted by the judicious use of chrome on the exterior and interior. Details like the hood scoop, windbreaker rail at the front of the roof, tailfins, and rocket-style taillights. There’s even a sunroof, something you just don’t see on many cars of this age. Kelsey-Hayes wire wheels and wide whitewall radials help punctuate the fashion statement.

Gallery: Paint The Town Red With A 1960 Ford Thunderbird

Ford actually only made 2,536 Thunderbirds in 1960 with the sunroof. The design was licensed by Ford from a German company called Golde, which is where the nickname “Golde Editions” for sunroof models came from. Thanks to a combination of weak demand for it and the high cost of production, the option was dropped from the Thunderbird until 1967. You’re not exactly going to be tripping over 60s T-Birds with sunroofs, making this car a little more collectible.

Painting the town red requires some real power, and the factory 352ci V8 in this Thunderbird is most definitely up to the task. It uses a four barrel carburetor and dual exhaust to throttle out 300-horsepower. The Cruise-O-Matic automatic transmission means you can cruise with one arm up on the doorframe. If it gets too hot, roll up the windows, close the sunroof, and fire up the air conditioning.

This T-Bird comes with plenty more amenities. There’s power steering, leather upholstery, power brakes, power window, power-adjustable driver’s seat, and the factory AM radio. The previous owner added a CD changer in the glovebox and a modern stereo in the trunk.

With an immaculate body that’s super straight, this Ford cruises like a champion. Not only does it work great, the appearance inside and out is of show quality. 1960 was the final year of production for the second-generation Thunderbird. While it looks virtually the same as the 1959 model year, Ford added a third taillight on each side.

To find out how you could own this classic, speak with Orlando Classic Cars.