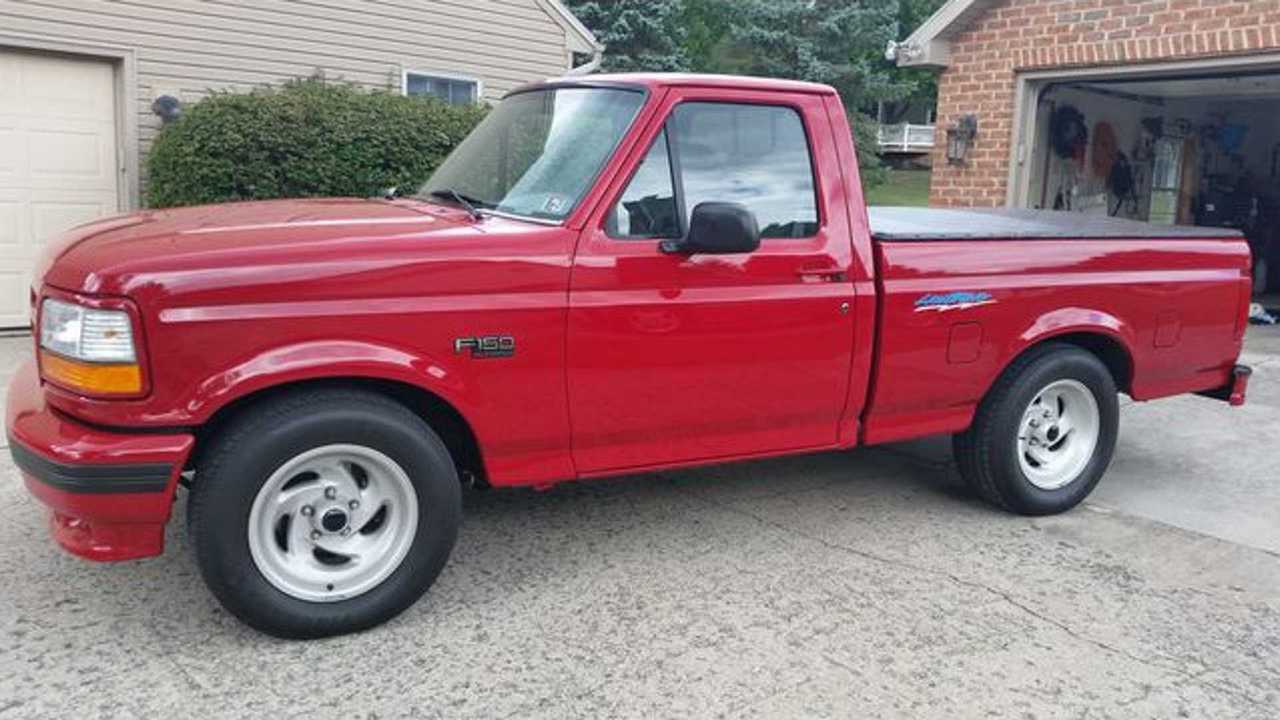 Try to find a Lightning as clean and original as this one!

The Ford SVT Lightning was created with the sole purpose of taking on the Chevrolet 454 SS, and not only did Ford's sport truck deliver better performance, it was also produced in lower volumes. The added performance and rarity means that it will be increasingly difficult to find one for sale in clean, unmodified condition, but this 1994 Ford SVT Lightning is in perfectly original condition. This gorgeous, low-mileage SVT Lightning will be up for auction next month by Carlisle Auctions.

Produced from 1993 until 1995, the SVT Lightning transformed a standard F-150 into a performance truck with suspension modifications, an engine upgrade and some added style. Under the hood, Ford's 5.8-liter V8 was tuned to produce 240 horsepower and 340 lb-ft of torque, which was an increase over the 210 horsepower and 325 lb-ft of torque from the standard F-150 with this engine. The 1994 SVT Lightning was offered in three colors (red, black and white), and 1,382 out of the 4,007 trucks built that year were painted red like this truck.

What really makes this SVT Lightning special is its condition. Not only does it have just 14,000 actual miles on the odometer, but this truck was obviously tucked away shortly after being purchased as it still has the wheels and Firestone Firehawk tires. Even the plug wires are the same that this truck came with back in 1994. In fact, the only modifications made to this truck appear to be the bed cover and drop-in bedliner.

This 1994 Ford SVT Lightning will be one of over 500 consigned vehicles expected to cross the stage at the Fall Carlisle event, which takes place October 3 and 4 in Carlisle, Pennsylvania.