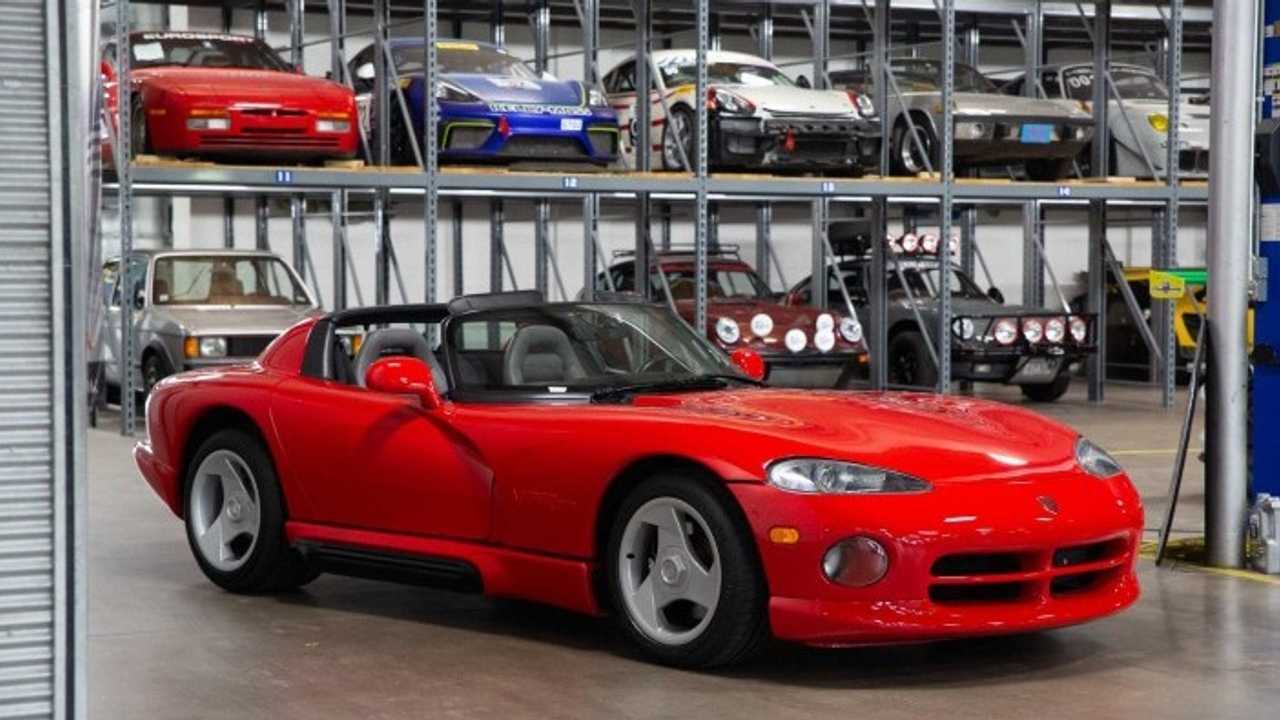 From one venomous snake to another, the first-gen Viper was inspired by the original 427 Shelby Cobra.

A potent sports car that is instantly recognizable to car people and non-car folks alike is the Dodge Viper. With body curves for days and with a stance low to the ground as if ready to strike, the first-generation Viper is no stranger to stealing all the attention. Vicci Auctions is proud to announce the opportunity to own an aggressive low-mileage 1993 Dodge Viper RT/10 Roadster.

With only a hair over 13,000 miles on the clock, this is a beautiful example of the first-generation Viper. The exterior is painted in none other than Viper Red, and the exterior features gray leather upholstery. This car sits on a set of original Viper 17-inch alloy wheels.

Powered by a massive 8.0L V-10 engine and shifted via a six-speed manual transmission, this rear-wheel drive beast puts out a healthy 400-horsepower and 465 lb/ft of torque that is sent down to an independent rear suspension. Plus, you won't find any ABS or traction control on this venomous snake. However, power steering helps maneuver all that power, and power disc brakes on all four corners bring it to a stop. The first-gen Viper was capable of conquering the quarter-mile in 12.6 seconds, and it reached a top speed of 160-plus miles per hour.

The Viper was a bulletproof performance machine created for its raw power. Creature comforts won't be found inside with the car built to be as lightweight as possible. In fact, the Viper's composite body did not include outside door handles.

From one snake to another, the Viper RT/10 was, in fact, inspired by the original Shelby Cobra. Back in 1988, a five-minute discussion between Chrysler President Robert A. Lutz and Chief of Design Tom Gale spawned the idea of a supercar project inspired by the original 427 Cobra, and they even asked Carroll Shelby to oversee the development. Fast forward, and only 895 of these were produced in 1993.

This Viper is listed at $35,000, but feel free to make an offer here. If this is the dream supercar you've been waiting for, contact Vicci Auctions today!

Weekend Cruises Await With This Rare 1969 Pontiac Trans Am