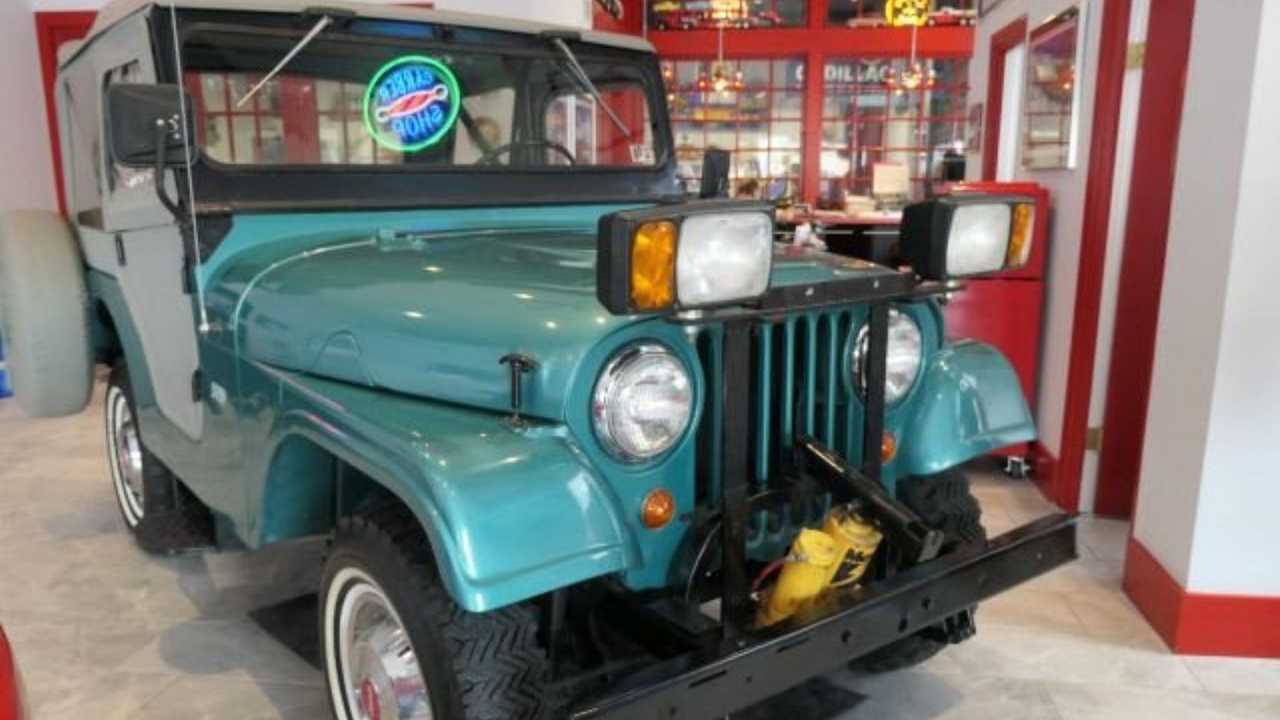 Get a sweet deal on an American classic.

Right now, the market for classic American cars is red hot. While you might think everything worthwhile comes at a steep cost, the reality is there are plenty of unappreciated gems out there. This 1965 Jeep CJ-5 is a prime example. With the Jeep brand experiencing a big upswing in sales not only in North America but also worldwide, it’s hard to imagine a CJ-5 as clean as this one won’t be worth a pretty penny later. That means grabbing it now could prove to pay off big time.

Of course, you might just fall in love with this Jeep and not want to part ways with it, no matter how much its value increases. They certainly don’t make the Wranglers like this thing, with a simplistic design which means easy maintenance and repairs. It’s also a great trail vehicle, thanks to miniscule overhangs and great ground clearance. I also has some nice auxiliary lights mounted high on the front, so you can splash through mud and whatever else without worrying about being able to see what’s coming.

Close inspection will show the Teal paint is in fantastic condition, especially for a vehicle made to traverse rugged terrain. What’s more, the factory-original wheel covers are shined up nicely, while the red paint and Jeep logo in the middle also doesn’t show much in the way of damage. There’s also a side-mounted spare with a fresh cover made to commemorate the ’65 CJ-5. A tan soft top and doors, plus plastic windows are also included. Keep in mind you can also fold down the windshield. It’s the ultimate way to have open-top freedom on the trail.

While still featuring the simple factory setup, the interior is quite clean. Tan vinyl seats combine with tan carpeting on the floor, which is a nice touch. The metal dash is painted to match the body and it houses the OE gauges and switchgear, including the radio. Also included is the original steering wheel, a locking glovebox, plus a carpeted cargo area with a fire extinguisher. This Jeep comes with the inline four-cylinder gasoline engine and four-wheel drive, making for a solid setup.

The civilian version of the legendary Jeep, the CJs were sold to the public starting in 1945 all the way through 1986. Just like the military Jeeps, they earned a reputation for being tough and quite capable. Many classic Jeep prices are surprisingly low at the moment, which is great news because you can snag this vehicle for a relative steal. It’s being sold by Memory Lane Automotive, so contact the dealer if you want to make an offer.