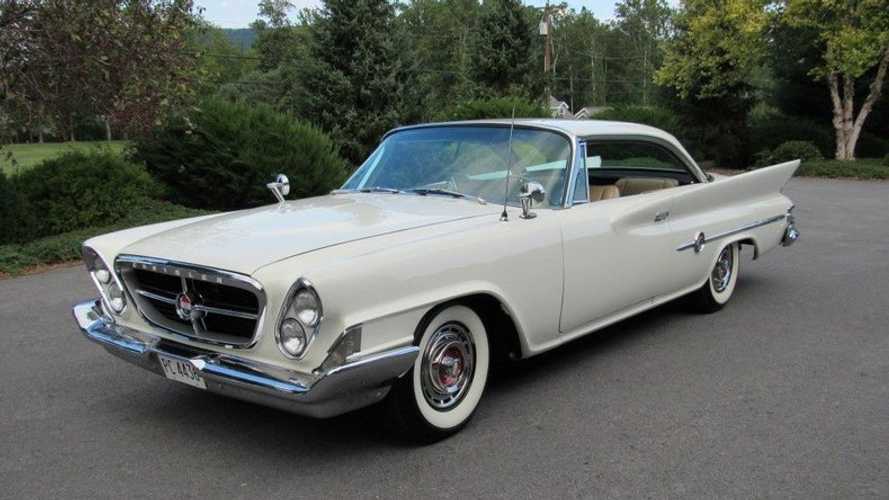 Chrysler's letter cars are often regarded as the earliest example of a muscle car with a big, powerful engine and a bold, stylish body. These letter cars were produced from 1955 through 1965 with a change in letter every years and a styling change almost as often. Like most performance vehicles, Chrysler also limited production of its letter cars every year with only one year ever topping the 3,000-unit mark. The 1961 Chrysler 300G offered a unique blend of rarity, style and power for the early '60s, and this beautiful car will be a show-stopper at the sixth-annual Hoosier Classic collector car auction put on by Earlywine Auctions.

On the muscle side of the equation, the 1961 Chrysler 300G features a 413 CID wedge V8 producing 375 horsepower and paired to a three-speed TorqueFlite automatic transmission on this car. The 300G delivered as much luxury as it did power with a beautiful interior with a roomy four-passenger seating layout and cool features such as the push-button transmission, swivel seats and an Auctronic Eye ('60s speak for automatic headlight dimmer). This car came packed with all of the goodies back then like power windows, power disc brakes, power windows, power steering and factory air conditioning.

The 300G was available as a hardtop or convertible, and only 1,280 hardtops like this one were made. While the convertibles are more rare, the hardtop had a cooler look with a fastback-like rear window and trunk and massive tail fins. The front end looked equally unique for the letter cars with headlights arranged in a diagonal layout rather than horizontal – this look only lasted for the '61 and '62 model years.

This big and bold 1961 Chrysler 300G Hardtop will be crossing the auction block on Saturday, November 9th, and you can click HERE to register to bid.