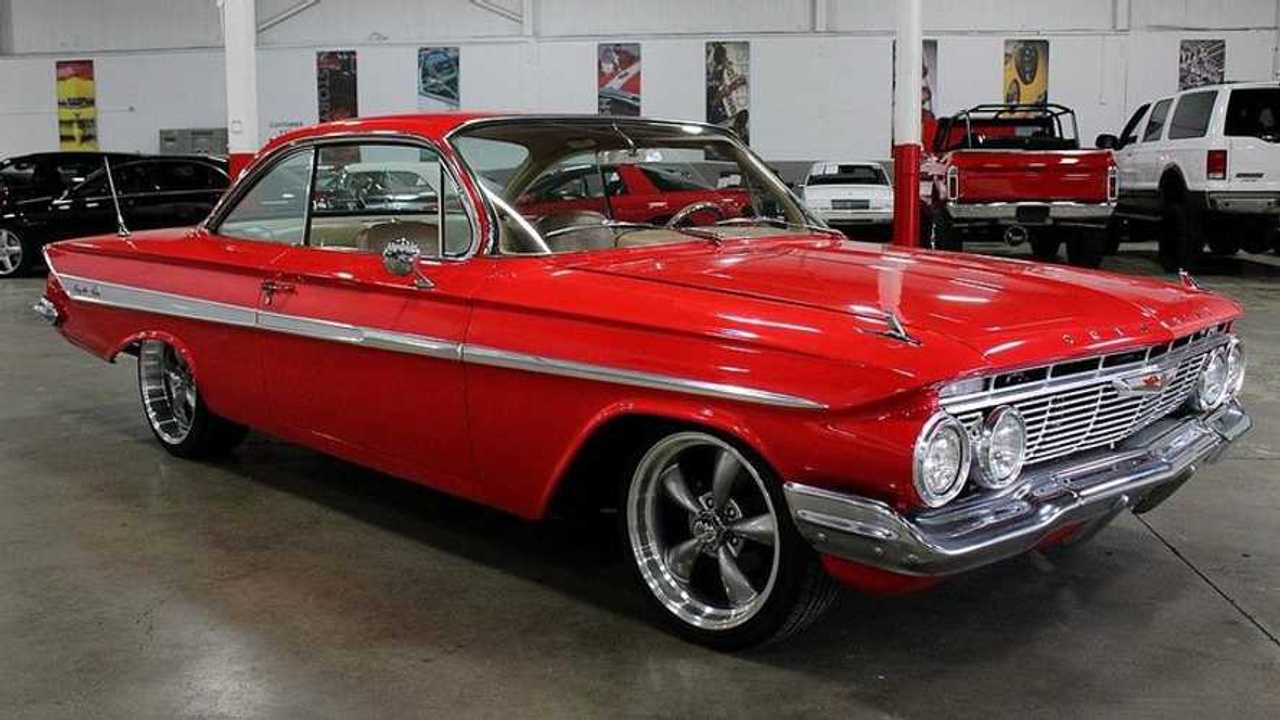 This car is rocking a bright red paint job and a custom interior.

When it comes to cool-looking cars from the '60s, few cars have the slick look of a bubbletop Impala. This 1961 Chevrolet Impala being sold by GR Auto Gallery has that unique look, and ups the ante with a custom interior.

The bubble top body design is special since it only existed for one year on the 1961 Chevrolet Impala, and it is defined by its thin rear roof pillars and the large, wraparound rear window. The back of this car is also unique with toned-down fins reminiscent of the previous-gen Impala, and they were done away with for the 1962 model year. These third-gen big-body Chevys (1961-64 Impala, Bel Air and Biscayne) are popular among customizers and hot rodders, and the '61 model is by far the most distinctive of these cars.

This 1961 Chevrolet Impala received a fully restoration back in 2015 added the beautiful red paint job and the lowered stance, and every inch of this car (and there plenty of inches) is stunning. Accenting this lipstick-red exterior color, the interior has a semi custom interior late-model seats with two-tone leather and the Chevy bowtie logo embroidered in the seat backs. Even the dash has been modified with all of the gauges being moved to the custom center console and replaced by a sleek piece of brushed aluminum. Despite being almost completely custom, the interior of this Impala has a factory look to it.

In addition to the body design, the 1961 Impala is also known for introducing the Super Sport model and the optional 409 CID engine. This car isn't an SS, but while it started life as a six-cylinder car, it has received 383 CID stroker V8 paired to a four-speed automatic transmission and 3.55 rear end gears. These Impalas were built for cruising, and this car will definitely do that thanks to power front brakes, power steering and air conditioning.

This beautiful and fully restored bubble top Impala is truly a unique piece, and GR Auto Gallery has it listed for $51,900. If you're interested in this 1961 Chevrolet Impala, you can always click HERE to make an offer.