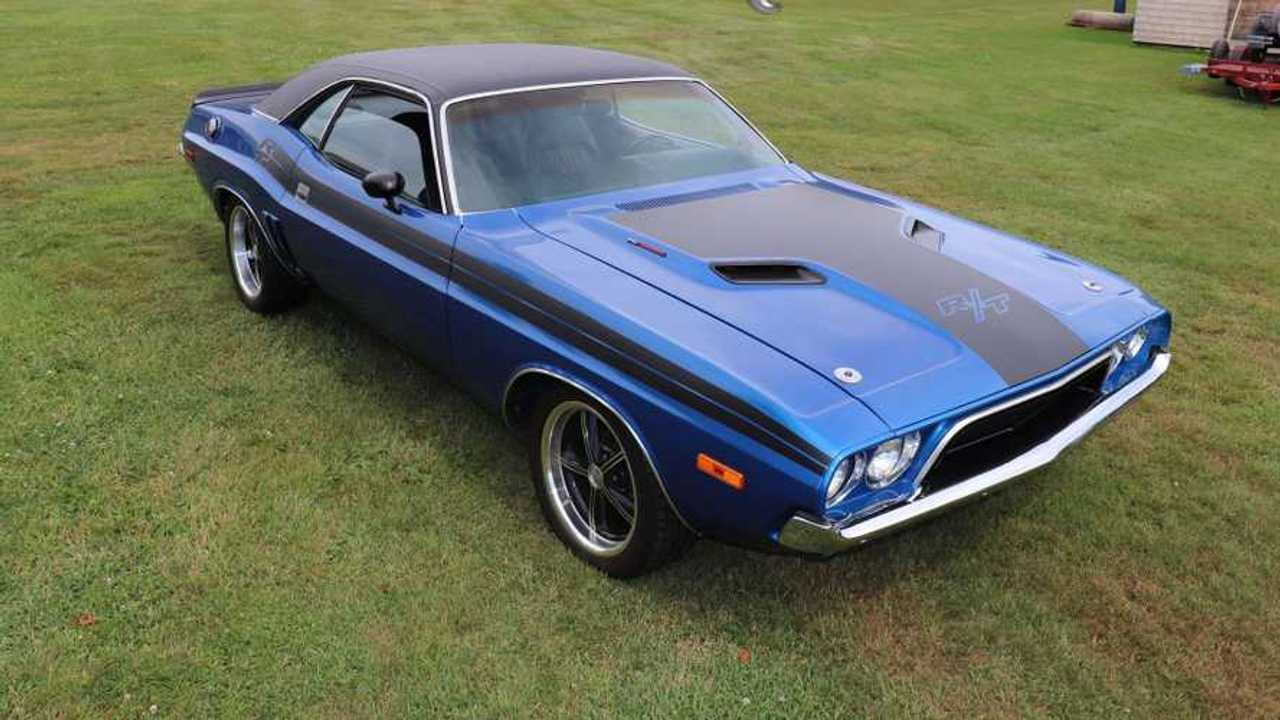 You can’t look at this car and not smile.

Bathed in Blue Metallic over Black, this 1972 Dodge Challenger is both rare and in good, collectible condition. A nut-and-bolt restoration performed about 5 years ago addressed everything mechanical and cosmetic on this ride, so everything is buttoned up nicely. You could provide this classic American muscle car with a new home, or maybe you know someone who would be so willing, because it’s for sale.

While the exterior looks nice, including the vinyl top and black graphics, what’s under the hood counts for even more. A 340ci V8 supplies loads of power, combining with a 3-speed automatic transmission for effortless gear changes. That setup is ideal for cruising around town or going on an adventure-filled road trip on an historic route.

If you’re into comfort, this Mopar has a fair amount for its age. Factory air conditioning is included, although the previous owner removed the compressor to boost performance, but it’s included with the sale. Power brakes are also included, as well as well-padded vinyl seats. After spending time in this vehicle, you’re guaranteed to feel effervescent.

Dodge launched the Challenger in 1969 as a 1970 model, right at the height of the American muscle car wars. It was a late entrant in the pony car segment, where the Ford Mustang and Chevy Camaro were already duking it out. Despite that, it offered a greater ranger of powertrain options, catering to enthusiasts even more. The final model year for the original Challenger was 1974. The nameplate of course has been resurrected in this century, helping to boost more awareness of this automotive legend.

The 1972 model year is notable for a number of reasons. It was the first year a convertible Challenger wasn’t offered. Other changes included an egg-crate grille, four taillights, and the Rallye replacing the R/T. Still highly collectible, you can grab this classic American muscle car through Silverstone Motorcars.

1968 Chevy Chevelle In Victory Red Will Win You Over