1965 Sunbeam Tiger: A Shelby In Disguise 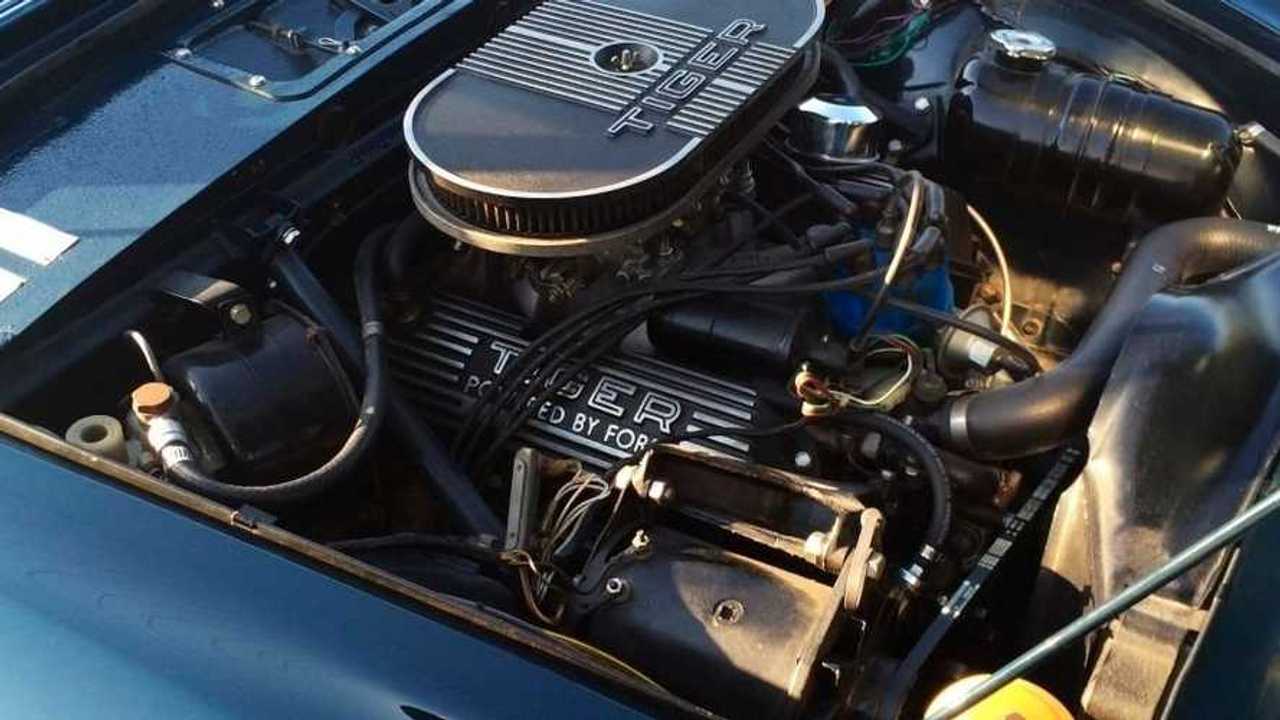 Carroll Shelby has his hand in two of the most iconic performance vehicles of the 1960s, and while the Ford GT40 and Shelby Cobra are automotive legends, it's easy to forget that Shelby also had a part in the development of the Sunbeam Tiger. Using the same basic recipe as the Cobra, the Tiger was a lightweight British roadster packing a powerful Ford V8 under the hood. If you like what you see, this Sunbeam and dozens of other cars will be auctioned off at The Gulf Coast Classic by Premier Auction Group in December.

Based on the Sunbeam Alpine, the Mk 1 Tiger swapped out the stock 82-horsepower four-cylinder and dropped Ford's 260 CID V8 in its place – hence the "powered by Ford" valve covers. This engine was found in Ford products like the Falcon, and it immediately doubled the output of a stock Alpine giving the Sunbeam Tiger 164 horsepower. Mated to a Borg-Warner T-10 four-speed manual transmission, the power increase and lightweight (about 2,500 pounds) construction made the 1965 Sunbeam Tiger is an incredibly quick and agile roadster. There's a reason it was known as the "baby Cobra" after all.

This particular 1965 Sunbeam Tiger is in immaculate, show-quality condition, and it proudly displays its Ford and Shelby ties with Ford fender badging and Shleby wheels. This car is a correct, numbers-matching Tiger packing the original engine and the Midnight Blue exterior and tan leather interior that are both correct to the car, and it is listed on the Sunbeam Tiger registry.

The Sunbeam Tiger has the looks of a classic British sports car and the heart of an American sports car, and this one can be your when it crosses the Premier Auction Group auction block the weekend of December 6 through the 7th.

Rare 1966 Sunbeam Tiger MK1A Could Be Yours