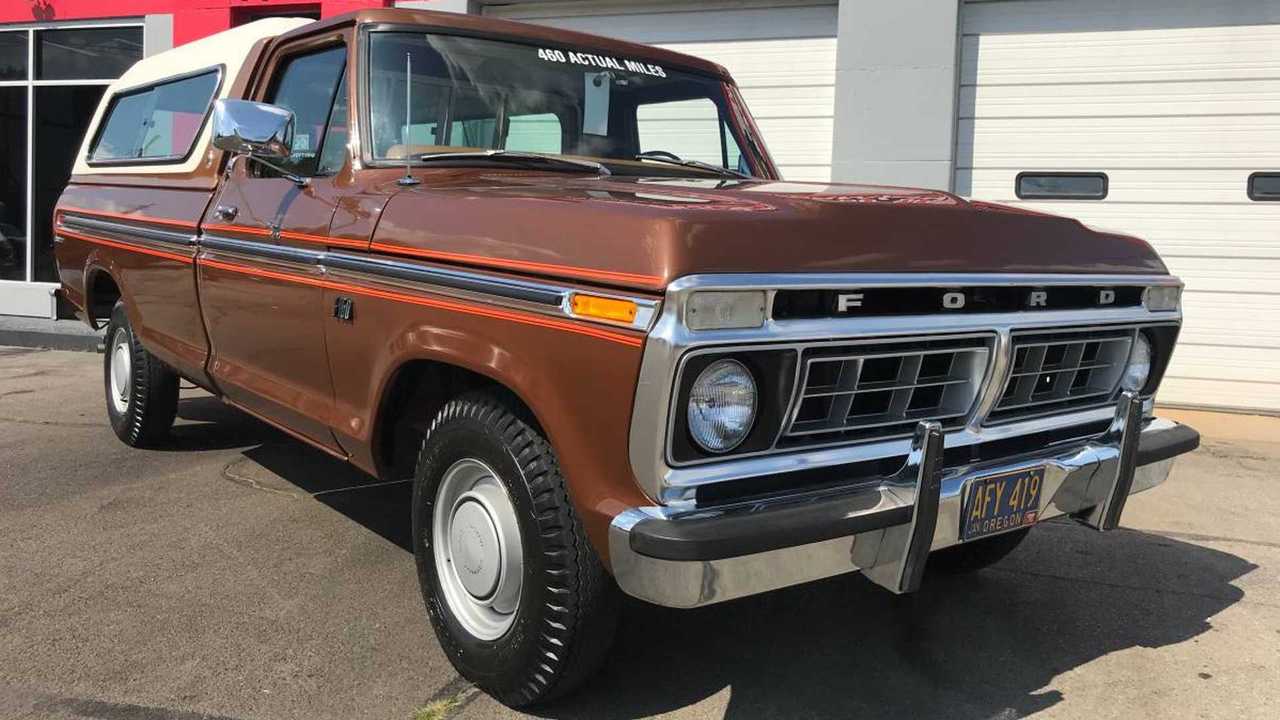 This one-off proof of concept has just 460 actual miles on the odometer.

Up until last year's introduction of the 2018 Ford F-150 PowerStroke V6, Ford had never offered a diesel version of its half-ton pickup truck, but the idea wasn't new. Back in 1976, an Oregon man was apparently trying to retrofit new F-150s with diesel engines, and he created a single proof-of-concept prototype before passing away in 1978. As the story goes, the truck then sat in climate-controlled storage for over 40 years, and it's now up for sale (on Craigslist) by Fastlane Performance of Roanoke, Virginia.

According to the VIN, this F-150 originally came with a 390 CID V8, but the diesel-loving owner swapped it out for a Nissan SD33 diesel – we sure hope that big block V8 found a nice home. This naturally aspirated 3.2-liter inline-six was used in diesel versions of the Nissan Patrol, Jeep CJ-10 as well as some Chrysler marine applications. For this truck, the engine is mated to a Chrysler TorqueFlite A727 three-speed automatic transmission.

Even if you leave out the uniqueness that this powertrain brings to the table, this vintage F-150 is in stunning condition. Every inch of this truck looks as fresh as it did the day it was built, and it even has the truck's original Goodyear tires. A factory option bed cover helps protect the cargo area, and the interior looks like it's never been used.

The low miles are easily accounted for as the owner bought the truck in Portland, Oregon and then drove it 350 miles to Pendleton, Oregon where the drivetrain swap took place; the extra 110 miles is just testing out this diesel powertrain. Despite being a prototype, the engine compartment looks reveals production-line quality, which makes it even more disappointing that this man's diesel dreams never came to fruition.

This low-mileage, one-of-one 1976 Ford F-150 might be cool, but isn't a cheap pill to swallow with an asking price of $35,000. For that price, you could almost buy a brand-new F-150 Power Stroke, but you couldn't take a new truck to a car show and you sure wouldn't look as cool filling up at the diesel pump!

Did You Know Checker Made A Volkswagen Rabbit Taxi Prototype?