Hit The Beat In This 'Starsky & Hutch' 1976 Ford Gran Torino 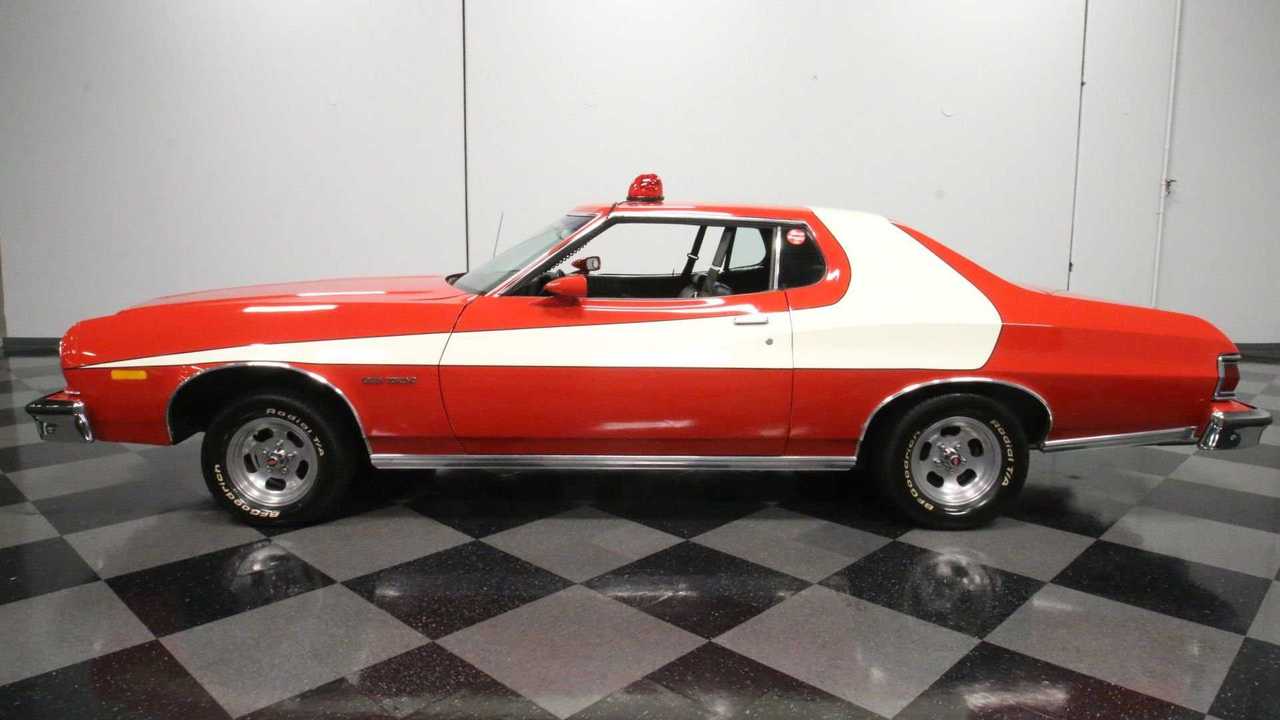 This is one of the factory-built, limited-production replicas.

Following the runaway success of ABC's Starsky & Hutch in 1975, Ford introduced a limited-production version of the Gran Torino hero car ahead of the show's second season.The result is this iconic red-and-white 1976 Ford Gran Torino, which is up for sale through Streetside Classics of Atlanta.

There are conflicting numbers as to how many of these Starsky & Hutch replicas Ford actually built, but it's somewhere between 1,000 and about 1,300 – either way, that's a low-volume number that makes these cars even more collectible. This one has at least been partially restored with a fresher bright red paint job and white "vector" stripe, and the chrome and mag wheels are in great shape, too. This car even comes with a magnetic bubble light for the roof just like the Starsky and Hutch would use!

This unique paint job is what made the car so memorable in the first place. Starsky & Hutch only lasted four seasons (1975 to 1979), but this Gran Torino is just as recognizable as other TV show hero cars such as the A-Team van, K.I.T.T. and the General Lee.

In contrast to the flashy exterior, the inside looks more like a police car with its black vinyl seating and bench front seat, and the interior is in excellent condition. Under the hood is the 351 Windsor V8 paired to a three-speed automatic transmission, which are believed to be original to the car. This Gran Torino also comes with a list of documentation including the original dealer invoice and factory build sheet, restoration photos and records of the car's maintenance over the years.

This car is listed at $39,995, but if you want to own this rolling piece of '70s Americana, just click HERE to make an offer.

Relive Your Childhood Fantasy With These American Movie Cars