Dozens Of DeLoreans Hiding From Hurricane Dorian In Storage 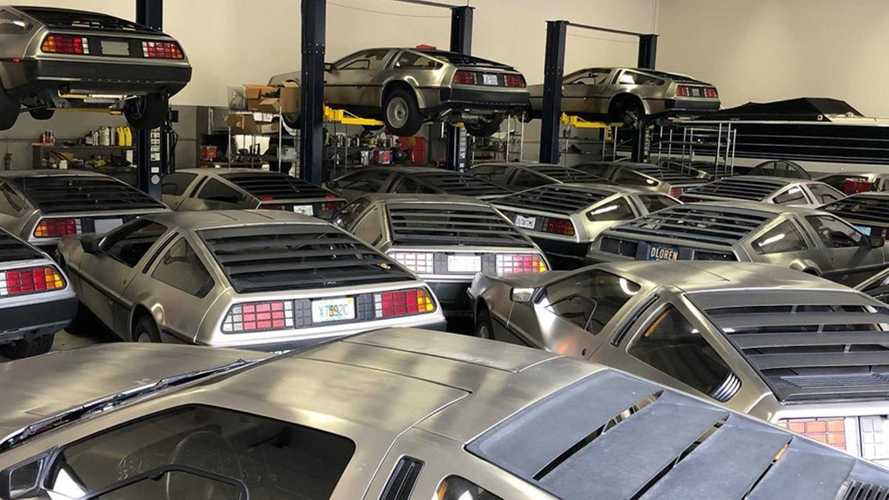 We hope these Dorian DeLoreans survive to see another Back To The Future reference.

When it comes to a devastating storm like Hurricane Dorian, the protection of vehicles is only a secondary concern to the protection of people, pets and property and the safety of first responders. If you're in the care of classic cars belonging to other people, though, you must do what you can to protect them. That's the situation DeLorean Motor Company of Florida finds itself in with as Orlando is already feeling the effects of the storm's outer bands.

We're just starting to see the toll Hurricane Dorian took as it stalled over the Bahamas, and now the eastern shore of the U.S. is in its sights. If you want to help, donating to the Red Cross is always the easiest way, and there are three ways to do so: visit redcross.org, call 1-800-RED CROSS, or text the word DORIAN to 90999 to make a $10 donation.

Gallery: Dozens Of DeLoreans Hiding From Hurricane Dorian In Storage

Perhaps the only good thing about this hurricane's slow track northward is that people have more time to prepare and evacuate. Judging by the pictures DMC Florida posted to its Facebook page, it doesn't look like any easy task to pack a shop full of DeLoreans, but with the outer bands of this storm just starting to reach central Florida, these cars appear to be safe from the elements. DMC Florida is located in Orlando, which is expected to get tropical storm-forced winds and about four inches of rain by Wednesday. Most of the storm's impact will occur in coastal and low-lying areas.

DMC Florida is one of four locations for DeLorean Motor Company, which services, restores and sells the iconic DeLorean cars. The images shows these cars in various states of repair. There's even talk of DMC releasing a limited number of "new" DeLoreans thanks to the Low Volume Motor Vehicle Manufacturers Act.