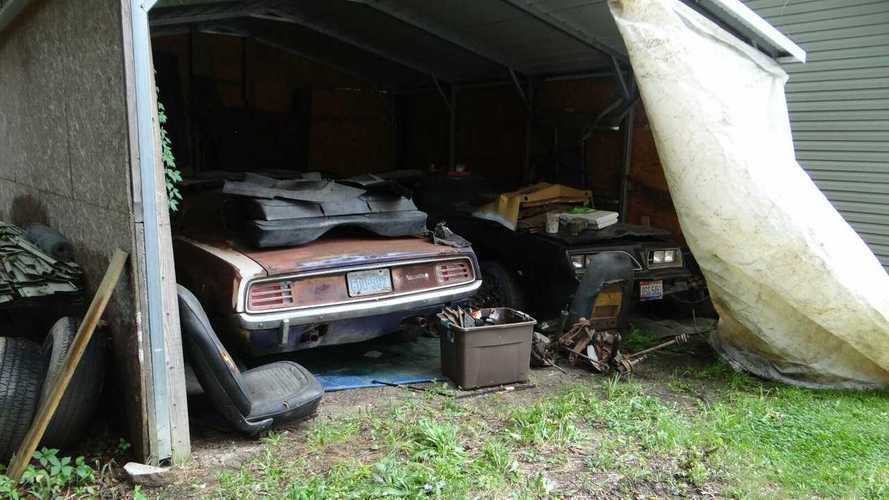 Even in rough shape, this 'Cuda still cost more than some used cars. Because Mopar!

It's always surprising what cars some people will tuck away in their barns or garages only to let them waste away for years, and this rusty 1970 Plymouth 'Cuda is a sad example of that. To show the value that these genuine 'Cudas have, though, this project of a car sold for $19,800 over the weekend on eBay after 63 bids were placed.

As hard as it is to see such an amazing car in poor condition, this is exactly what fuels barn find hunters in the first place.

This 'Cuda is exactly what you should expect from a car that hasn't been driven since the mid-1980s and during this time was stored in an open barn exposed to the elements. Most of the floorboard has rotted away, and it looks like there is a good amount of rust on the lower body and around the windows.

The good news is that it is a legit 'Cuda indicated by the "BS" as the first two characters of the VIN, and the seller is claiming that it's an all-original car with the exception of the missing shaker hood. A numbers-matching Mopar barn find is a dream come true for a lot of automotive enthusiasts. This car was originally painted in Plum Crazy purple with a black vinyl top, and under is the base 'Cuda engine – the big-block 383 CID V8 – mated to a four-speed manual and pistol grip shifter.

Looking at production figures, this 1970 Plymouth 'Cuda 383 four-speed was one of just 1,905 examples ever built. It wasn't the rarest of Barracudas that year, but all of the actual 'Cudas are special cars. Whoever wins the bid on this rusty 'Cuda sure has their work cut out for them, though.

1970 Plymouth Superbird Project Up For Sale on Craigslist