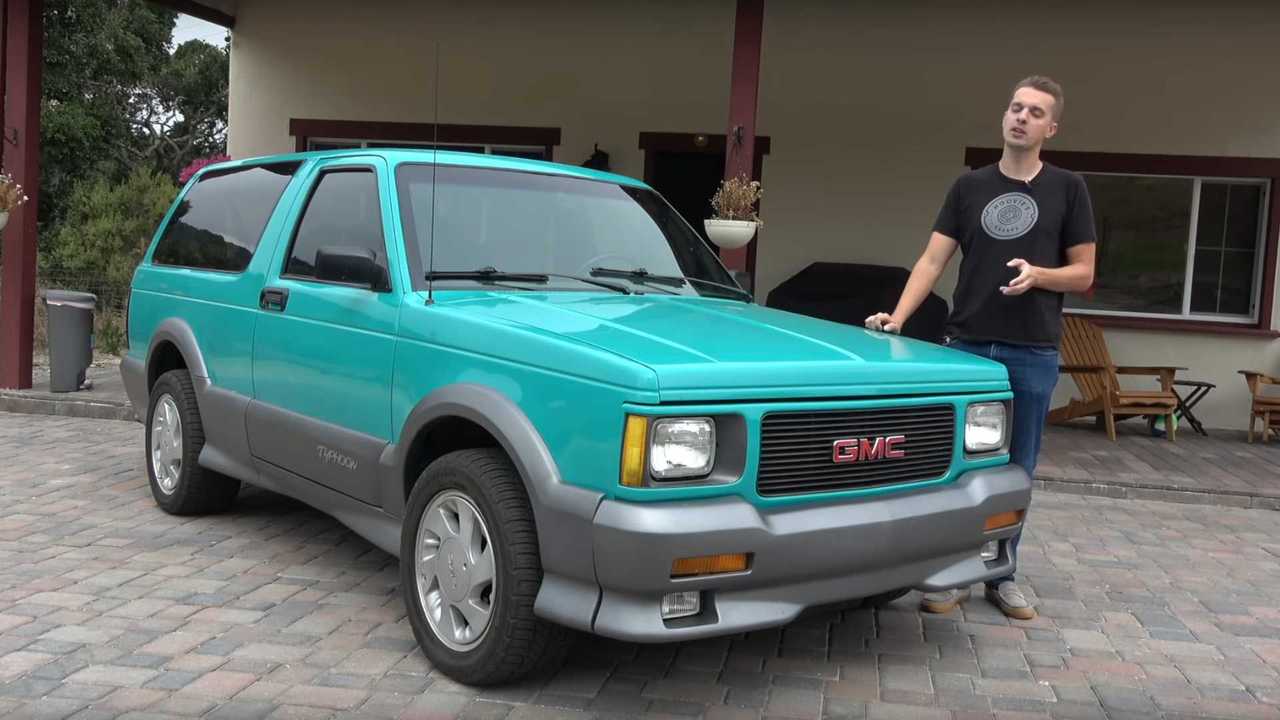 Spoiler alert: it's in great shape!

Despite being known for auctions of seven- and eight-figure price tags for cars, the 2019 Monterey Car Week, surprisingly, had no shortage of cars exchanging hands for four-figure amounts. The same can be said for this rare teal 1992 GMC Typhoon, although you weren't going to find this high-performance SUV crossing any auction blocks.

Before heading to the Pebble Beach festivities, Tyler Hoover, of the Hoovie's Garage YouTube channel, bought the teal Typhoon from another YouTuber for the amazingly low sum of just $9,500. While it's not impossible to find a Typhoon in this type of price range, said examples are usually abused or modified and they are definitely not one of the Typhoon's rare colors as this one is. Unlike the Syclone pickup truck, the Typhoon was available in colors other than black, although black was, by far, the most popular color for this SUV.

Teal with gray cladding was one of nine color combinations available on the Typhoon for the 1992 model year, and the video says that of the almost 2,500 Typhoons made that year, just 135 had this paint color. This model looks absolutely amazing, and it even still has the factory wheels. It's a really clean and straight truck considering the years and the price.

Only available for the 1992 and 1993 model years, the GMC Typhoon – along with the 1991 Syclone – was one of the fastest vehicles of the era, and it was famous for having quicker acceleration than a Ferrari 348 or Corvette. That's thanks to the turbocharged 4.3-liter V6 and the standard all-wheel drive system allowing this compact SUV to rocket off the line.

It's safe to assume that some of the low price can be accounted to a little exposure on the seller's behalf, but this is still a great deal for one of GM's greatest vehicles of the '90s.

A Storm Is Brewing Thanks To A 1993 GMC Typhoon

Another 1991 GMC Syclone Is Ready For A New Owner