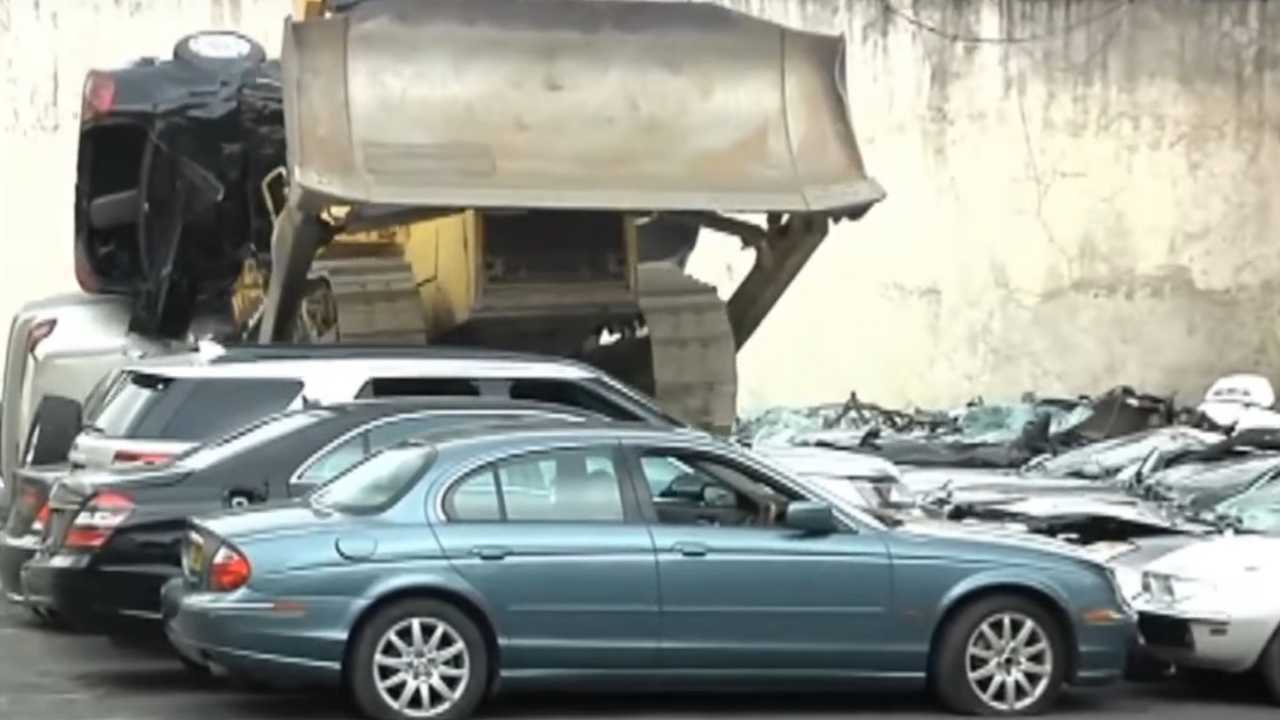 The Philippine government destroyed nearly $5.2 million worth of cars.

This may not be for the faint of heart or the car enthusiast, but it’s worth talking about. The Philippine government had apparently destroyed over two dozen illegally imported classic and luxury cars. This was done as a means of sending a message against tax evasion. Twenty of the cars were lined up at a Manila customs yard where they were driven over by a bulldozer and then smashed with an excavator. As painful as that sounds, the video certainly doesn’t help. It’s sad to see so much money be literally destroyed in front of your very eyes. Imagine being there in that yard? We can and we are glad we weren’t there.

All in all, the collection of cars was said to be worth more than $5 million. Over $1.2 million worth of seized Porsches, Jaguars, Mercedes-Benzes, Lamborghinis, and even a third-generation Corvette were wrecked in the public event. People roared in outrage over how such an event could even be allowed to take place.

You would think that after seizing these high-end vehicles, the government would turn around and sell them for a profit, right? Wrong. While it would be nice to invest that money back into positive programs for the community, it would raise a substantial conflict of interest. So, instead of auctioning off the valuable cars, Philippine president Rodrigo Duterte ordered the workers to just sell the twisted metal.

“They cannot have cars like that. But they can get something, make toys out of it,” Reuters reports Duterte saying.

Finance Minister Carlos Domingue added that “it does not pay to evade taxes in the Philippines so might as well stop trying, because you will never succeed.”

The video (above) clearly shows what happens when a bulldozer plows its way through an entire collection of cars that a majority of people would love to see in their garage someday. At the end of the day, though, and depending upon who you ask, this event might have been necessary to send a message and have a fair solution to illegal activity.