Choose Your Own Adventure With A 1947 Mercury Eight Convertible 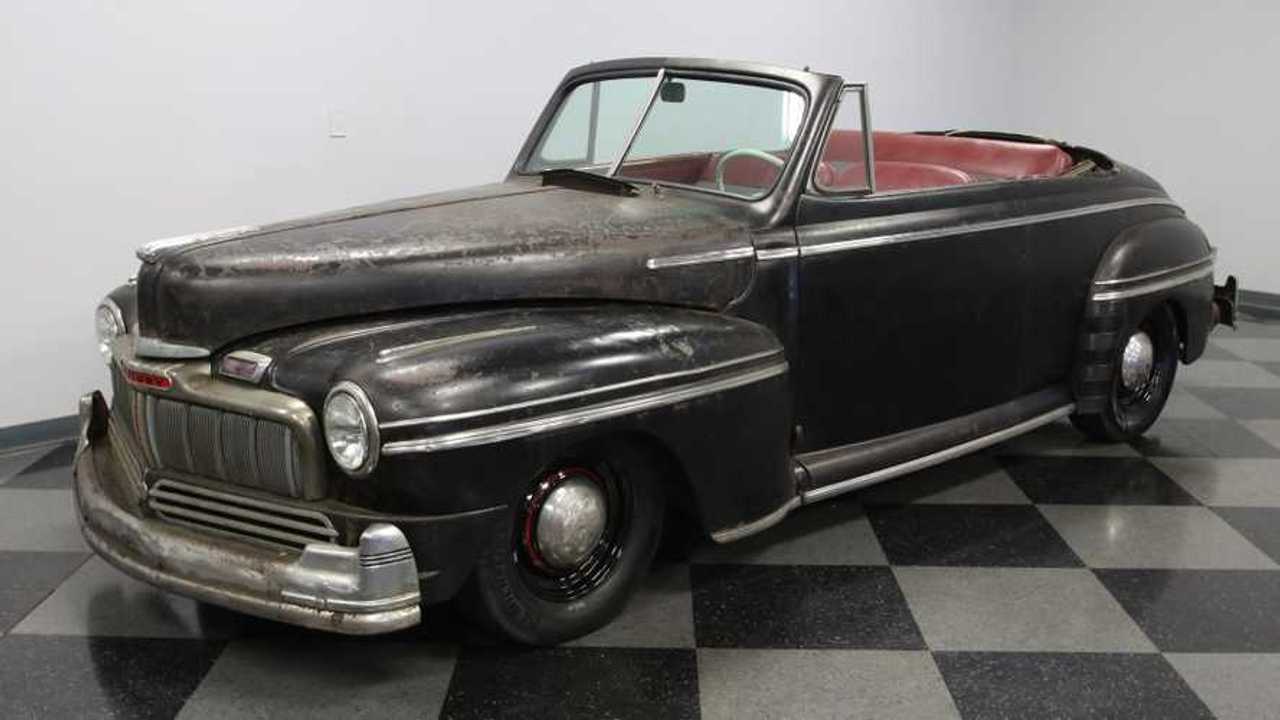 Streetside Classics deems this 1947 Mercury Eight to be everything you want it to be and at an affordable price. With a current listing price of $24,995, you could own this ‘vert and turn it into anything your heart desires. You can also make an offer on the car here. Whether you want to restore it, enjoy it as a rat rod, or leave it as a cool survivor, this Mercury Eight will add some spice to your garage. Call it a “Choose Your Own Adventure” book, but in the form of a car.

The Mercury Eight was marketed by the Mercury division of the Ford Motor Company between 1939 and 1951. As the debut model line of the Mercury division, Ford slotted the full-size Mercury Eight between the Ford Deluxe (later the Custom) and the Lincoln. In all, Ford produced three generations of the Eight, both before and after World War II. During its lifetime, the Eight was offered in a full range of configurations, including coupes, convertibles, sedans, and station wagons. For its first generation, the Eight was produced with its own body, while adapting a unique version of a Ford body for its second generation; and sharing its body with the Lincoln for the final gen.

This Mercury Eight example shows what survivor style is all about. Peep the real patina and tarnished chrome that make it look as though you pulled it from a barn just this very morning. Something about it is just so captivating and it makes an immediate impression upon first gaze. While this car certainly is a restoration candidate, it also looks pretty cool as is. This car retains all the best trim details right down to the grille. If you take a look, you’ll notice that the steel even outlasted the convertible top. The only hint of any investment in this car is the lowered stance and modernized tires.

The cabin of this Mercury Eight emits cool street machine styling. Nice investments were made with regard to the new two-tone seats and matching door panels. What’s more, there's a freshly hydro-dipped dash, door tops, and a bright white steering wheel. The floors have also been repaired and painted, but still maintain somewhat of a rat rod attitude. The patina on all the details of the cockpit is just another reminders of this car's vintage personality and survivor condition.

Gallery: Choose Your Own Adventure With A 1947 Mercury Eight Convertible

Open the hood and you’ll find exactly what you’re hoping for. This model is powered by a crisp flathead V8 engine mated to a three-speed manual transmission. You can instantly tell that there has been a recent investment on this motor. Just look at that fresh block paint, those nice belts, and the new dual hoses. This is believed to be a correct 239 cubic-inch engine, and it has been upgraded to a 12-volt system with an alternator (disguised as a generator.) In addition, there’s a new master cylinder, Pertronix distributor, gas tank, and aluminum radiator. This car fires right up, runs well, drives great, and emits a tantalizing exhaust note out of the new glasspack dual exhaust.