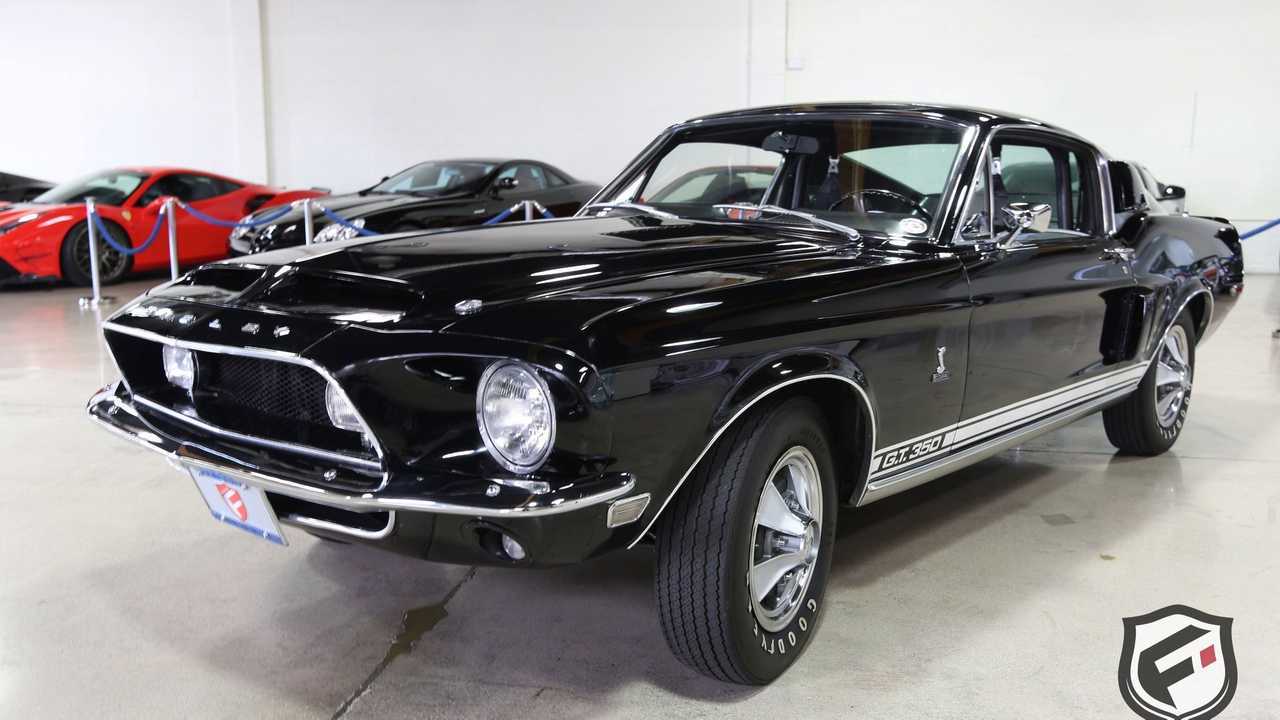 A number-matching Fastback with the original window sticker and build sheet.

You may want to pinch yourself, because this may seem like a dream. The breathtakingly beautiful vehicle you see here is none other than the iconic 1968 Ford Mustang Fastback Shelby GT350. It’s currently up for sale through Fusion Luxury Motors with an impressive $99,950 asking price; however, you can feel free to make an offer you’re comfortable with right here. The sale of this pony car includes the original build sheet, sales order, installment contract, Marti report, and a copy of the original title.

The Shelby Mustang is a high-performance variant of the Ford Mustang which was built by Shelby American from 1965 to 1968, and from 1969 to 1970 by Ford. The 1967 redesign called for a heavier Mustang, along with a longer fiberglass hood and new front and rear fascias. The design of the original 1965 version was still evident, but these styling changes gave the vehicle a more aggressive appearance and achieved Carroll Shelby’s goal of distinguishing his car from the Mustang on which it was based.

The separate high-beam headlamps in the grille give the car more character, while the thin chrome front bumper sits below a mesh grille with the classic "Shelby GT350" logo. The small hood scoop delivers fresh air to the engine to enhance performance. Shelby also included new, horizontal sequential taillights (sourced from a '67 Cougar in 1967 and a '65 Thunderbird in 1968) and an integrated Kamm-type rear spoiler. The rear brake-cooling scoops that adorn the rear quarter panels are fully functional. The Shelby GT350 rides on 15-inch ten-spoke cast-aluminum wheels wrapped in Goodyear white-lettered radial tires.

This is a beautiful example of a 1968 Ford Mustang Fastback Shelby GT350 with a little over 40,000 miles clocked on the odometer. It’s a head-turner no matter where it goes. It’s powered by a monstrous 302 cubic-inch V8 engine mated to a 4-speed drivetrain. It’s sporting the correct Raven Black paint and matching black interior. The black paint is lustrous and emits a shine that will make you rethink the cleanliness of black cars. The car has been painted only once, and the original interior is still in excellent condition.

This is one of only 1,029 GT350 Fastbacks produced in 1968. It is very well documented with a complete binder filled with all of the repair and service records since it was new. This GT350 has had four owners throughout its entire lifetime and remains in great condition. This car is equipped with an automatic transmission, power steering, power brakes, a fold-down backseat, tilted steering wheel, the original hub caps, AM radio, and shoulder harnesses. If you're in the market for a classic that's the perfect fit for car show grounds and world class collections, this is the car that you need. Call today!