Show-Ready 1929 Ford Model A Speedster Will Be Auctioned 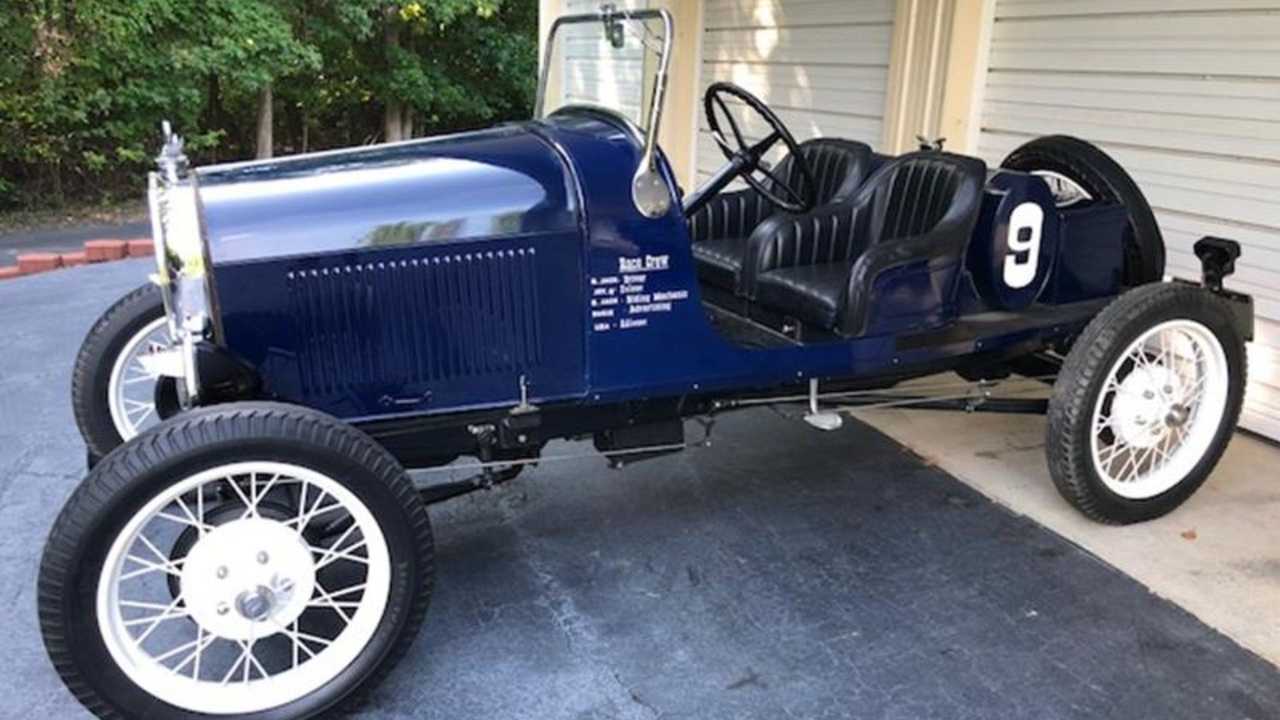 Grab this old-time racer for no reserve.

Back in the day, if you wanted to go fast but didn’t have the money to buy a sports car, modifying a Ford Model A was the way to go. Their lightweight and simple construction made them perfect candidates for those craving speed. That’s what this 1929 Ford Model A Speedster celebrates.

Gallery: Show-Ready 1929 Ford Model A Speedster Will Be Auctioned

While this Model A was modified in 1997 and not before WWII, it was done as a replica for one of the original. In fact, the seller states it was created to mimic their dad’s race car, down to the number 9 painted on the rear quarter panel and visible through the grille.

The idea behind these Model A Speedsters was to shave off weight, improve engine power, and lower the center of gravity. As you can clearly see, the body was removed and everything non-essential like doors were ditched, then bucket seats were installed. Installing a drop axle, the car was then lowered. To create better front-to-rear balance, the gas tank was relocated to the rear. Because racers would drive these cars to the track, the horn and headlights remain.

As for the engine, it gained a downdraft carb, shaved head, HOT cam, and a lighter flywheel. Headers and a straight exhaust helped to capitalize on those mods. While all this was being installed, this Model A was also outfitted with a 12-volt alternator and a solenoid starter, making it a little more manageable to use.

This particular car has a nice dark blue with white wire-spoke wheels, nice chrome bits, and black seats. In actually looks a little too nice to race. In fact, since it was built in California it’s been living in Florida where it has collected quite a few plaques around the Daytona Beach area. Everything is in top condition, so you could definitely take this car to any shows in your area.

Tom Mack Classics is auctioning this Ford off at no reserve, so contact them to find out more if you’re interested.

1928 Ford Model A Phaeton To Sell At No Reserve