Very First Bronco Ever Built Has Ties To Carroll Shelby 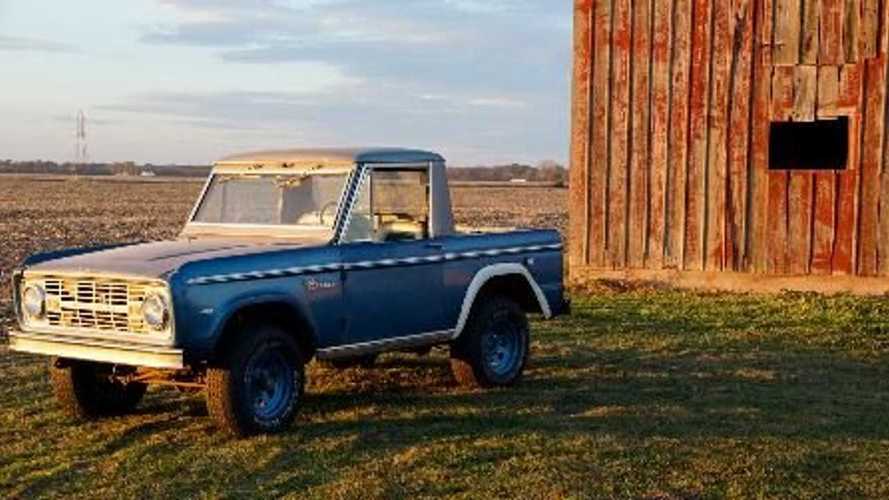 Owned by Carroll Shelby for 10 years

The very first Bronco ever built has a strong history. Not only was it the first Bronco to come off the assembly line, it also has ties with the late Carroll Shelby who once owned this prototype. When the 1966 Ford Bronco first left the assembly line at the Ford Michigan production plant, it was a half-cab powered by a six-cylinder engine with a teal green body. Over its lifetime, it saw plenty of changes in appearance.

In July of 1967, the prototype Bronco was transported to the Shelby American facility in Los Angeles by Bib Parker, a truck driver for Shelby. Of course, the Bronco didn’t stay in its factory form for long in Shelby’s hands. The Bronco was slathered in a fresh red and white paint scheme, and a 289 V8 was stuffed under the hood. Under Shelby’s watch, the Bronco was registered to Hi-Performance Motors in California for some time, and then made its way to Christmas Mountains Land & Cattle Company’s ranch in Terlingua, Texas.

Harold Wynn was a ranch hand at Christmas Mountains Land & Cattle Company, and he was known for maintaining and servicing the truck while it was on the property. Fast forward to November of 1978 where Wynn negotiates a deal to sell the truck to Vincent "Vinnie" Yakubanski. Owner of a local Ford dealership, Vinnie buys the truck for $100 without wheels and tires. In fact, the original check was endorsed by Dave Witts, Carroll Shelby's business partner. Carroll Shelby had owned the Bronco for 10 years.

In Vinnie's care, the historic Bronco was painted in two-tone blue and gray, and it was then given duties as a family vehicle. Often, the truck was taken on family trips to the Wyoming mountains, and during the drive they  wrapped hot dogs in tinfoil and cooked them on the intake.

Decades later, this vintage vehicle ended up in the hands of Gateway Bronco and CEO Seth Burgett. Gateway Bronco is well-known for their amazing Bronco builds using the classic body with modern Ford drivetrain options. With such a strong history, the future looks promising for this classic Ford.