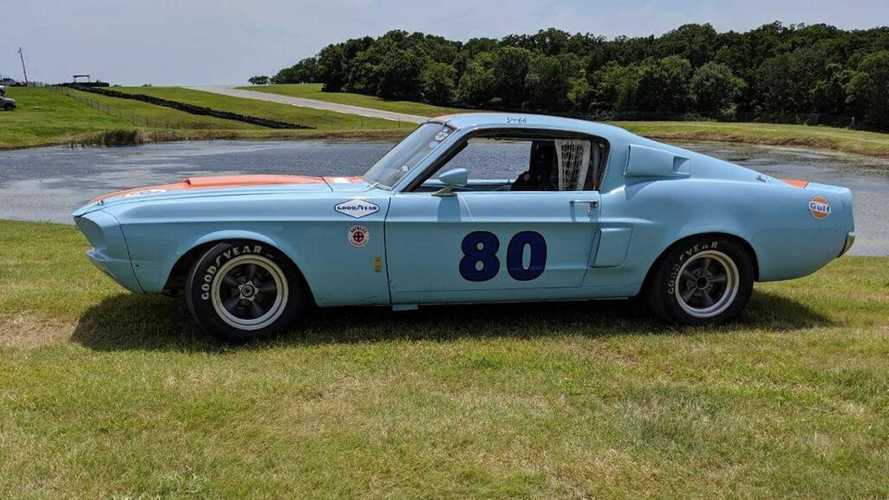 Quite possibly the longest racing history of any Shelby GT500

From vintage Mustangs to AC Cobra roadsters, the Shelby name has deep-seeded roots in the history of motorsports. Road raced in the 1960s and 1970s, a few of these cars still exist today. In the Mustang world, a few known Shelby GT350s that have carved corners decades ago can be found sprinkled here and there, but to find a 1967 Shelby GT500 with a racing history from the ‘60s is an incredibly rare find. In fact, it is pretty much unheard of.

Seth Burgett, CEO of Gateway Broncos, got his hands on a historic 1967 Shelby GT500 with a rich racing history, and big plans are in motion. This Shelby’s racing history dates back to 1969, and it is quite possibly the longest road race history of any GT500. A notable highlight includes participating in the 1971 and 1972 FIA Sebring 12 Hours Endurance race. The Shelby was raced extensively from the 1970s through the 1990s and has raced in every decade of its life.

From 1977-1983, the Shelby was owned by famed Ford R&D Engineering manager, Grant McDonald. Grant test drove Shelby race cars back in the ‘60s, and this Shelby Mustang was raced heavily in SCCA (Sports Car Club of America) Mid-West Council B Production and GT1 at racetracks including Black Haw Farms and Road America. The GT500 was originally powered by a 428cui big block but in the ‘70s, Grant swapped over a Ford small-block out of a Boss 302 that still propels it today.

Now that the GT500 is owned by Seth Burgett, this Shelby is now in the process of being prepared and will be campaigned in 2020 with a plan to visit tracks across the United States. On the list is Hallet in Tulsa next June, Pitt Race Historics at Shelby Automotive Club event in July, and it will be displayed in Monterey at Gordon McCall’s Hanger event in August. In September, this Shelby GT500 will stretch its legs at Virginia International Raceway or VIR.

This 2005 Ford GT Is A Performance Powerhouse