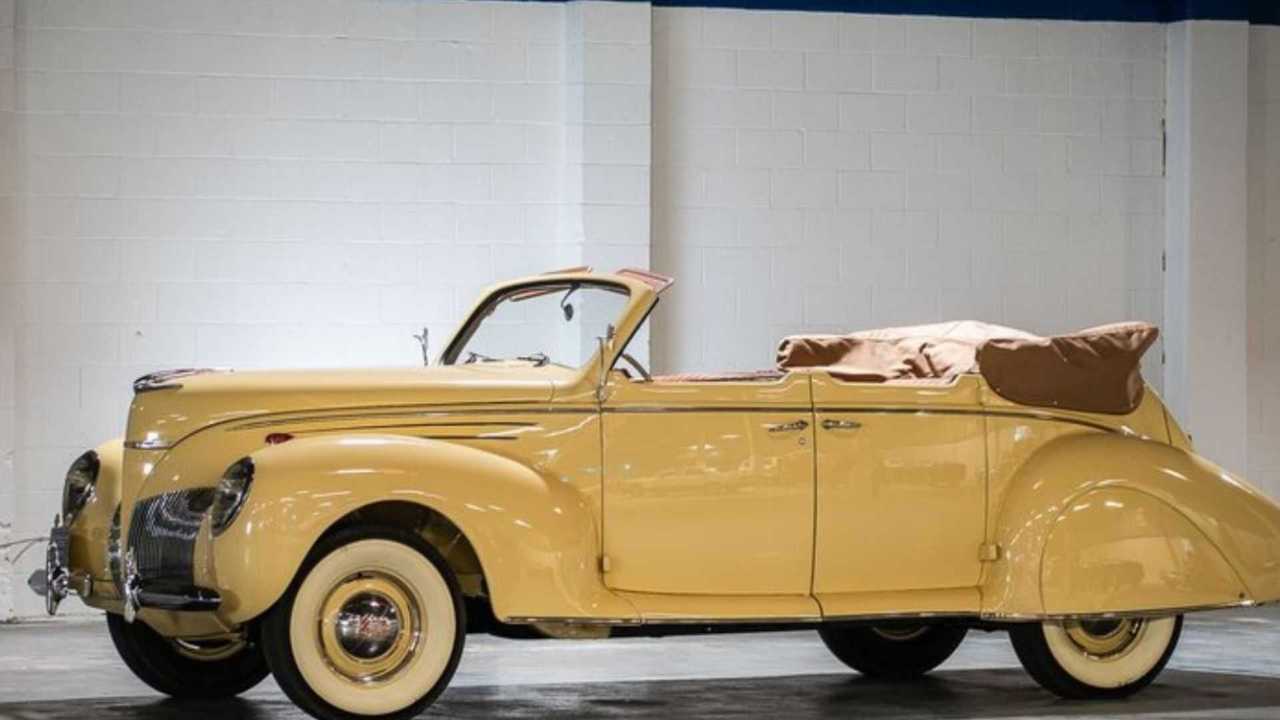 This car pushed aerodynamics to a new level.

A strong name out of the Lincoln history books, the Zephyr was named after the Greek god of the west wind, Zephyrus. Even just a simple glance at this 1939 Lincoln Zephyr and you’ll see how it rightfully earned such a name.

Just to look at this car is like beholding speed in metallic form. The integrated fenders allowed for a smooth design from bumper to bumper, so your eye just glides over the Zephyr. A chrome strip along the beltline accentuates that flowing motion, while judicious amounts of chrome on the grille, bumpers, hood ornament, door handles, and more add to the glamorous nature of the car. Of course, your eye will also catch the smooth-as-glass Neenah Cream paint in all its glory.

This car isn’t just about looks, since it really brings some serious performance to the table. Unlike competitors with 8-cylinder engines, this car packs a nice 267ci L-head V12. That combines with an aerodynamic design, which actually boasts a lower coefficient of drag than that Chrysler Airflow.

Open the front doors or the rear “suicide” doors to climb into the luxurious interior. Brown leather literally couches you and your passengers in excellent comfort. Thanks to thorough restoration work, everything has been recreated to perfection.

The Lincoln Zephyr came to be out of Ford’s willingness and ability to adapt to changing market conditions. As The Great Depression wore on in the 1930s, Henry Ford saw that high-end luxury car sales would decrease. It was his son Edsel who dreamed up the Zephyr, which could be had for a fairly reasonable price without sacrificing luxury.

Immediately when it debuted for 1936 the Zephyr was a success, becoming the top seller for Lincoln. Despite its popularity, you won’t find too many survivors today, which is a shame since it’s quite the looker. The fact this one is a convertible sedan makes it quite rare, considering only 302 were built for 1939. Production ran from 1936 to 1941, cut short by WWII.

1959 Ford Ranchero Is The Best Of Both Worlds