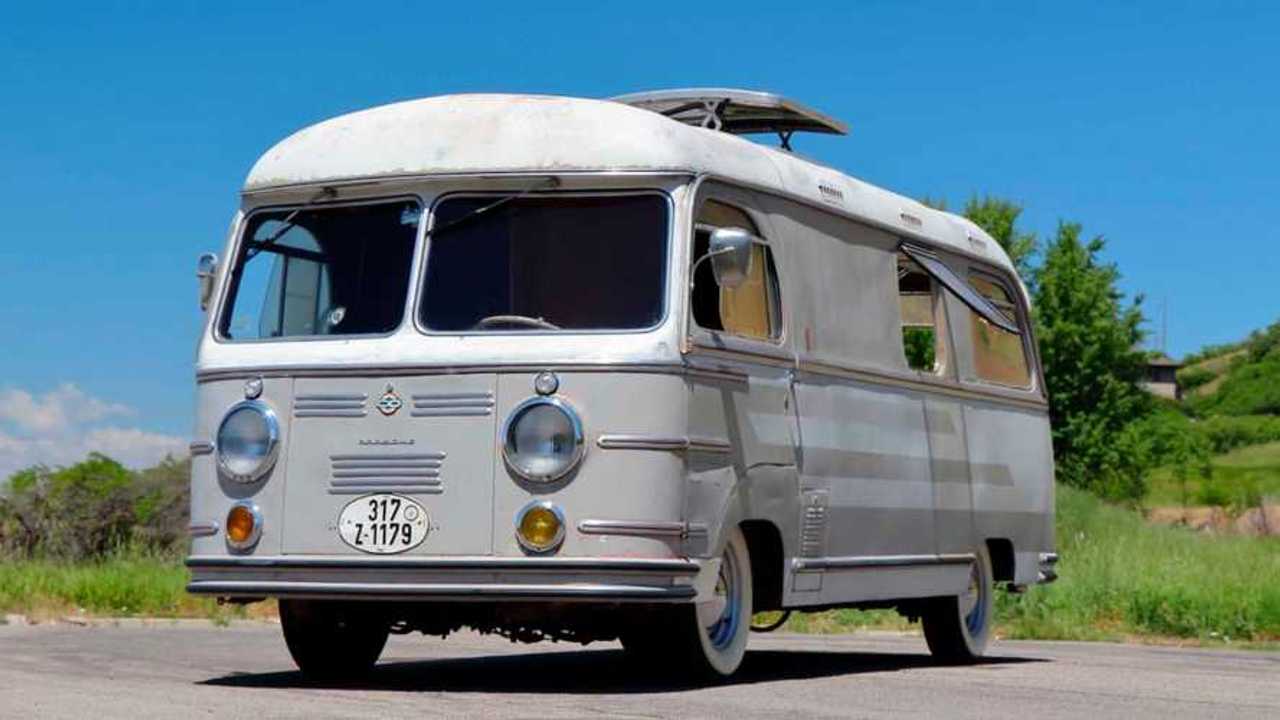 This rare camper netted a good haul in Monterey.

Monterey Car Week auctions often have an eclectic, fun selection of vehicles to bid on, but the 1955 Porsche Tempo Mikafa was perhaps one of the most unusual options this year. The aluminum-bodied camper was estimated to sell for as much as $150,000, but once the hammer fell at Mecum it actually netted $187,000.

While Porsches general elicit quite a bit of excitement among collectors and enthusiasts, this one was a bit of a wildcard. The unrestored Tempo Mikafa Sport Camper is one of only three ever made. That rarity is remarkable, but it’s obviously anything but a performance vehicle, which is what the Porsche name generally stands for.

Mikafa made similar campers in the 1950s, but few opted for the Sport Camper with a Porsche 356 engine and branding. This is not your average motor home, since the driver uses a 4-speed manual transmission to row through the gears and squeeze optimal performance out of the machine. A Tempo chassis acts as the base.

Thanks to this survivor being untouched, the original two-tone paint is still present. Period-correct whitewall tires, painted wheels, and chrome hubcaps keep the exterior presentation authentic.

The new owner will be enjoying the interior accommodations as they were designed, instead of updated fixtures. Among them is a charming kitchenette with a stove and sink, plus an Electrolux refrigerator and a folding table. Passengers sit on couches with striped cloth upholstery. A small bathroom was likely unusual and a supreme luxury added by customer order. This camper also features pop-out/sliding plexiglass windows and a pop-up fresh air roof. In the cab is a wood dash with the VDO instruments, minimal switchgear, and the original steering wheel with attached brodie knob.

Mikafa campers were considered high-luxury vehicles back in the 1950s. Each one was built to the customer’s specifications, approximating bespoke, with some of the most influential people purchasing them.