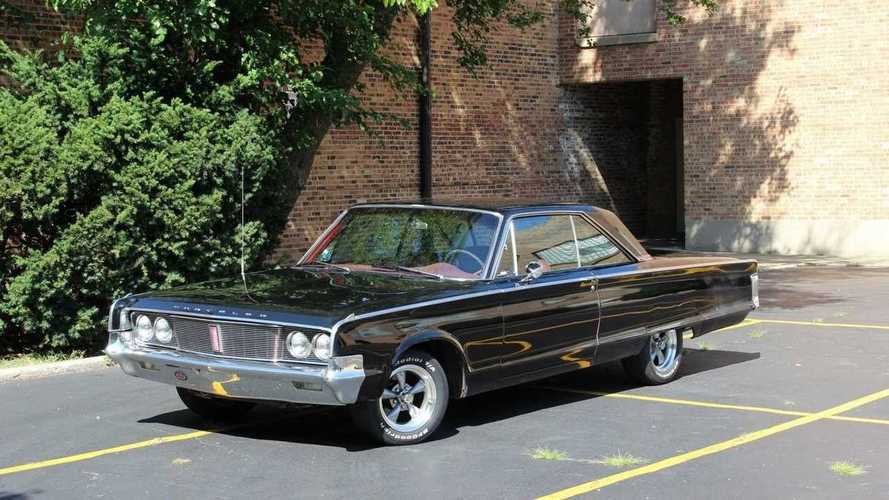 Proof that there are still cool and affordable Mopars out there.

It's no Hemi 'Cuda, but this 1965 Chrysler Newport is a great example of a classic Mopar that is not only stylish but also attainable. Adding to this Newport's allure is the fact that the previous owner used this two-door hardtop as a daily driver, which we imagine would be a blast. When you think of a daily-driven Mopar priced at $12,500, you might think of a rusty project, but that couldn't be any further from the truth as this car appears to be pretty solid and has the right attitude for a '60s classic.

The 1965 Newport was a complete redesign bringing a more conventional design and stepping away from the previous generation's diagonally stacked headlights. The overall look was more in line with luxurious two-doors of this era such as the Lincoln Continental, and it had cool design elements like the chrome accent that ran the full length of the car forming small fins at the rear. The car was originally painted in Nassau Blue, although it's currently painted black; as the listing admits, the paint job isn't the highest of quality, but at least there's no rust.

Inside, the original red vinyl interior shows similar wear as the paint with some cracks in the dash and rips in the driver's seat, but the rest of the cabin is in great, functional shape. Overall, this Newport is probably just a paint job and some upholstery work away from being a great Mopar show car, and it should be a smooth cruiser with the 383 CID V-8 under the hood!

If you want a classic that you can drive to the grocery store as well as the car show, then this 1965 Chrysler Newport is your car. This is currently being sold by the Chicago Car Club, so if you're looking to get behind the wheel of a classic, cost-effective Mopar, give them a call. Of course, you can always make an offer on the car by clicking HERE.

This 1961 Chrysler Newport Custom Will Really Make You Stand Out

Take On The Town With This 1954 Chrysler New Yorker!
Source: Motorious
++Share