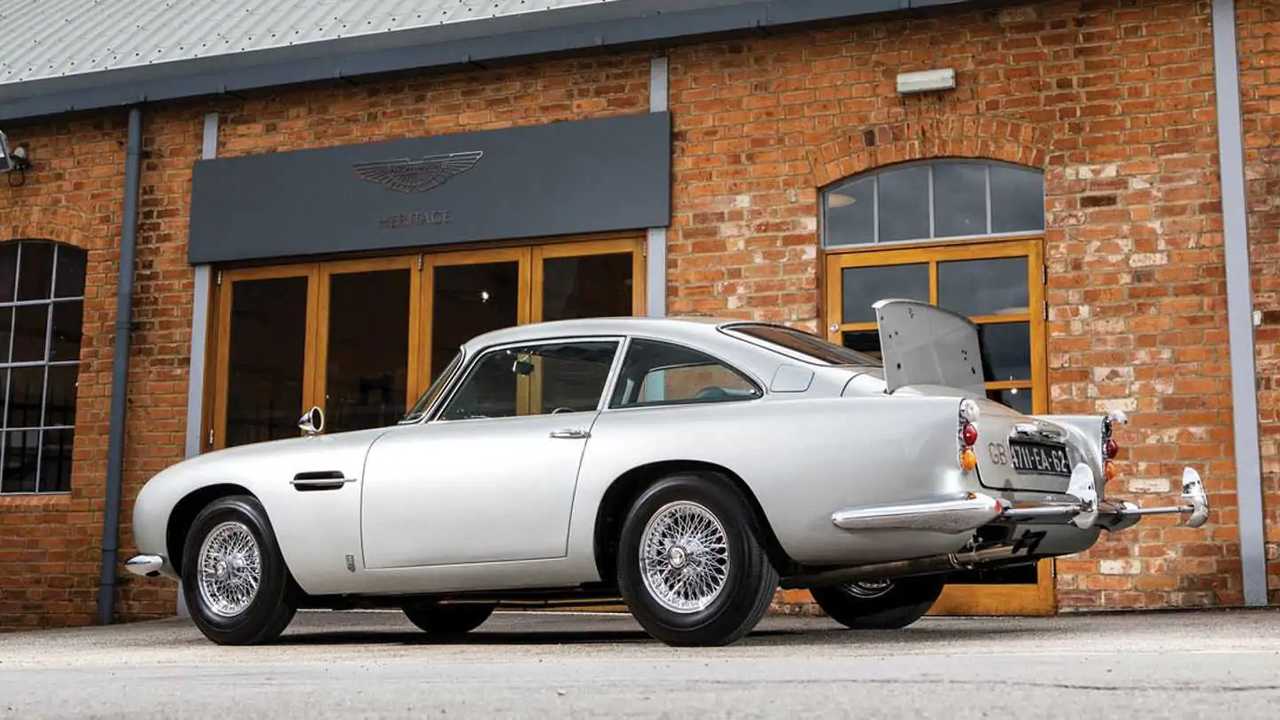 RM Auctions kicked off its Monterey Car Week festivities in the classiest of ways with an "Evening of Aston Martin" event, and headlining this single-make auction was a 1965 Aston Martin DB5 that sold for an astounding $6.4 million. Although this particular car was never in a Bond film, it is only one of two DB5s that were created to promote 1965's Thunderball, and these two cars featured fully functional gadgets.

The selling price outperformed initial estimates likely due to this car's rarity and significance. After its starring role in Goldfinger (the movie that precedes Thunderball), the Aston Martin DB5 instantly became known as "The Bond Car," and featured spy gadgets including battering rams, retractable machine guns, revolving license plates, smoke screen, a retractable rear bullet shield and a passenger-seat ejection system. And this car has all of these devices!

In 2010, a DB5 that was actually driven in Goldfinger and Thunderball sold for $4.6 million, but its gadgets were installed after the fact; according to the auction listing, this DB5 was built by Aston Martin with all of the devices in working order. The two promotional cars were created for the sole purpose of touring the U.S. in conjunction with movie's debut, and this car's twin was driven as a pace car by Jackie Stewart at Laguna Seca.

More importantly, this tricked-out DB5 has a well-documented history since being sold off from the production company in 1969. It spent 35 years in the Smokey Mountain Car Museum in Pigeon Forge, Tennessee, and it was fully restored in 2012 including the refurbishment of all of the Bond-specific modifications.

Is James Bond Set To Drive An Electric Aston Martin?