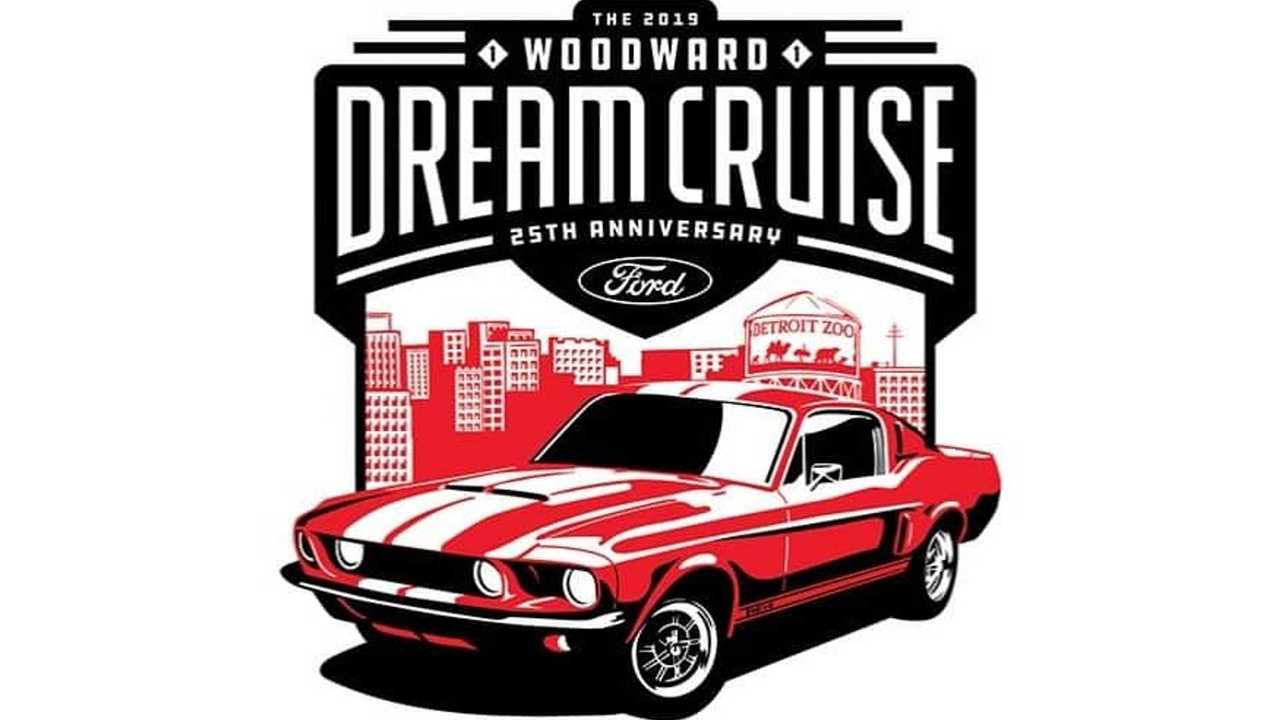 If you’re anywhere close to the vicinity of Detroit on the third Saturday in August (tomorrow, August 17, 2019), you’ll get the chance to experience the Woodward Dream Cruise. This is the largest single-day gathering of gearheads in the world, according to event organizers. Classics, hot rods, muscle cars, custom builds, and more invade Woodward Avenue for a day of cruising and hanging out. In addition to a large number of cars that will be present, roughly 1.5 million spectators will join in on the fun.

This year, Ford will be celebrating the 25th anniversary of the Woodward Dream Cruise with Mustang Alley, in addition to a wide range of special activities. On Thursday, August 15, Ford hosted the “Playing to Win Breakfast – How Ford Icons Continues to Be a Competitive Strength” and the “Track Talk – How Ford Racing Benefits the Rest of the Company Plus Reveal of a New NASCAR Mustang.” There were also live engine builds and discussions on the durability testing behind the 2020 Mustang Shelby GT500.

Today, Ford and JDRF announced a custom 2020 Mustang Shelby in a one-of-one paint color that will be raffled off as part of JDRF’s annual push to raise funds for Type 1 diabetes research. The build is deemed the “Venom Mustang.” There will also be a Power Lunch today with Ford performance team members, including Carl Widmann, Ford Performance chief engineer, and Tom Barnes, Mustang engineering manager. Last, but not least, watch as the Ford Performance lineup of vehicles takes Woodward in a V formation known as the “Flying V.”

If you haven’t been able to make the last two days of events, do not fret; tomorrow is the biggest day of this occasion. Be sure to come out on Saturday, August 17 to join the “Mustang Alley – 21 Years of a Mile of Mustangs.” Ford expects as many as 1,000 Mustangs lined up for nearly a mile (9 Mile and Woodward Avenue, all day). Also held tomorrow is the “Woodward Watching – Hang Out and Get to Know Top Ford Executives.” Join some of Ford’s top-ranking executives to talk cars (Ford Media Clubhouse, all day).

Additional Activities and Opportunities at the Ford Media Clubhouse:

(1) Ford designers live sketches their favorite automotive concepts and ideas (Thursday through Saturday with sessions starting each day at 10 a.m. and 2 p.m. EDT)