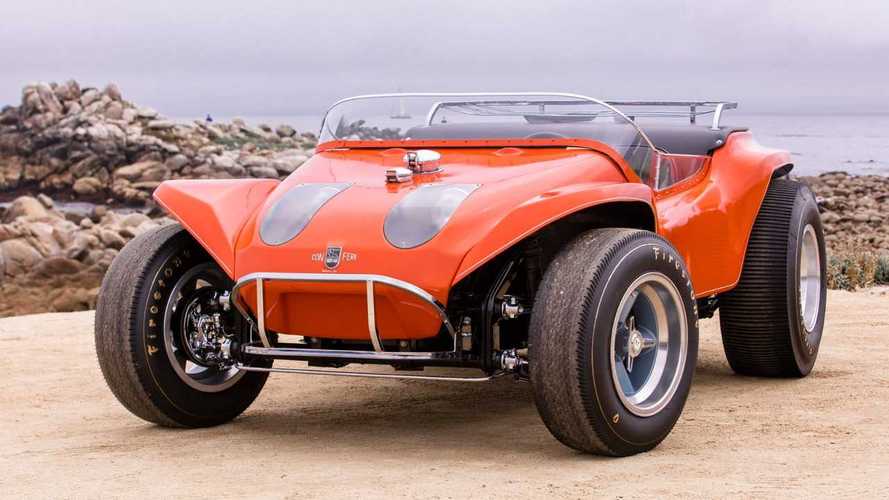 It will cross the block at Bonhams' Amelia Island auction in March 2020.

The very same Meyers Manx dune buggy that Steve McQueen drove on the beach with Faye Dunaway in the 1968 heist movie “The Thomas Crown Affair” is heading to auction. This is arguably the dune buggy that made dune buggies a thing, and it could soon be yours! After all, the exhilarating ride along the Massachusetts coastline, driven by the King of Cool himself, helped popularize the vehicle in the States. Meyers Manx went from being a low-volume toy to a globally recognized brand of recreational vehicles.

The restored movie car is slated to be auctioned off at Bonhams' Amelia Island, Florida auction in March of 2020. As of right now, no price or estimate has yet been placed on the famous screen car. However, it can be expected to sell for an extraordinary sum, especially if previous sales of McQueen and movie memorabilia are any guide.

Steve McQueen’s passion for cars and bikes led him to ensure that the film car was unlike any other Manx out there. He even enlisted the help of Pete Condos of Con-Ferr to build a completely customized and totally unique vehicle for “The Thomas Crown Affair.” Legend has it that it was actually McQueen’s own idea to have the dune buggy appear in the Norman Jewison-directed movie. As a Manx owner himself, McQueen felt like it would be the perfect ride for his on-screen character, but he wanted a few modifications done first. The Volkswagen Beetle-based, open-air, all-terrain buggy was fitted with a 230-horsepower Chevrolet Corvair flat-six engine.

In a period documentary about the film, Steve McQueen explained, "Crown lives at the beach and he has a dune buggy. I helped them design it, so I'm kinda proud of that. It's set on a Volkswagen chassis with big ol' wide weenies – big wide tires on mag wheels, Corvair engine stuffed in the back … it's very light, you know (because of the fiberglass body). It's pulling about 230 horses and weighs about a thousand pounds.”

This is no stunt double; the dune buggy you see here is the exact car that McQueen masterfully drove in the movie. It won’t be fully original, though, as the motor of the original vehicle was misplaced along the way. Even so, it’s been fully rebuilt with the original chassis and body, and an identical motor–just with a different engine number.

Restored Collection Of Vintage and Rare Pedal Cars To Be Auctioned