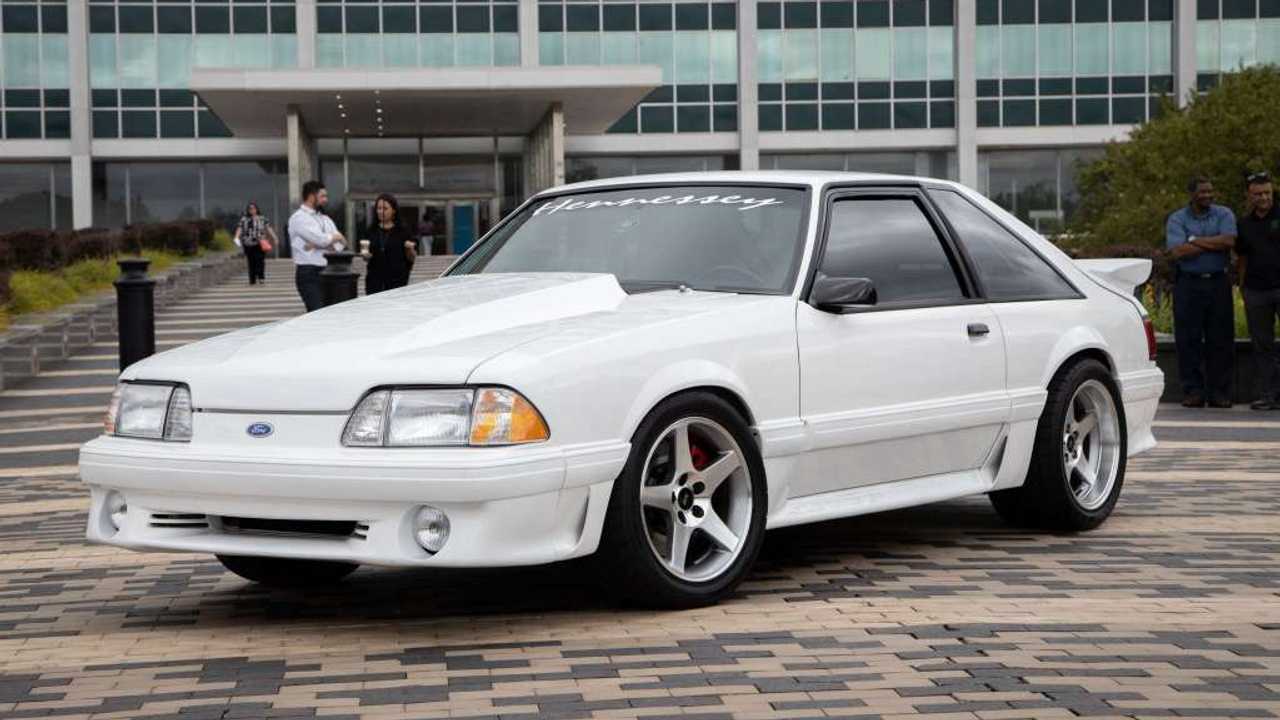 Ford and Hennessey Performance teamed up for the restoration.

We've all probably had that one car we sold off that we wish we never would have sold, but Wesley Ryan had no choice other than to sell his 1993 Ford Mustang GT for financial reasons after his was diagnosed with cancer. That was 17 years ago. Late last year, his son and daughter had reacquired the car after find it for sale on Craigslist – it was actually his original car and the title was still in his name!

Apparently the years were not kind to the car, and it was in need of some repairs, but with this kind of a story, Ford Motor Company and Hennessey Performance teamed up to give this Mustang the ultimate homecoming. Ford donated parts such as a new engine and transmission, while Hennessey put in the hard work of restoring the car, which according to mySA.com would have cost around $200,000 for the 500 to 600 man-hours of labor.

The fully restored Mustang was finally reunited with its new owner this past week at Ford's world headquarters in Dearborn, Michigan with Ford executive Henry Ford III and Hennessey Performance founder and CEO, John Hennessey, on hand for the unveiling. It was definitely an emotional reunion for Ryan, whose wife and children were by his side when the black cover was removed and the restored Fox body was finally revealed. After nine months of work, the 26-year-old Mustang looked like new!

Ryan's family made the initial surprise, and Ford and Hennessey came through on the car's incredible restoration. The whole story definitely shows how emotional cars can make us and how close knit the automotive community really is.

We're not crying, you're crying!