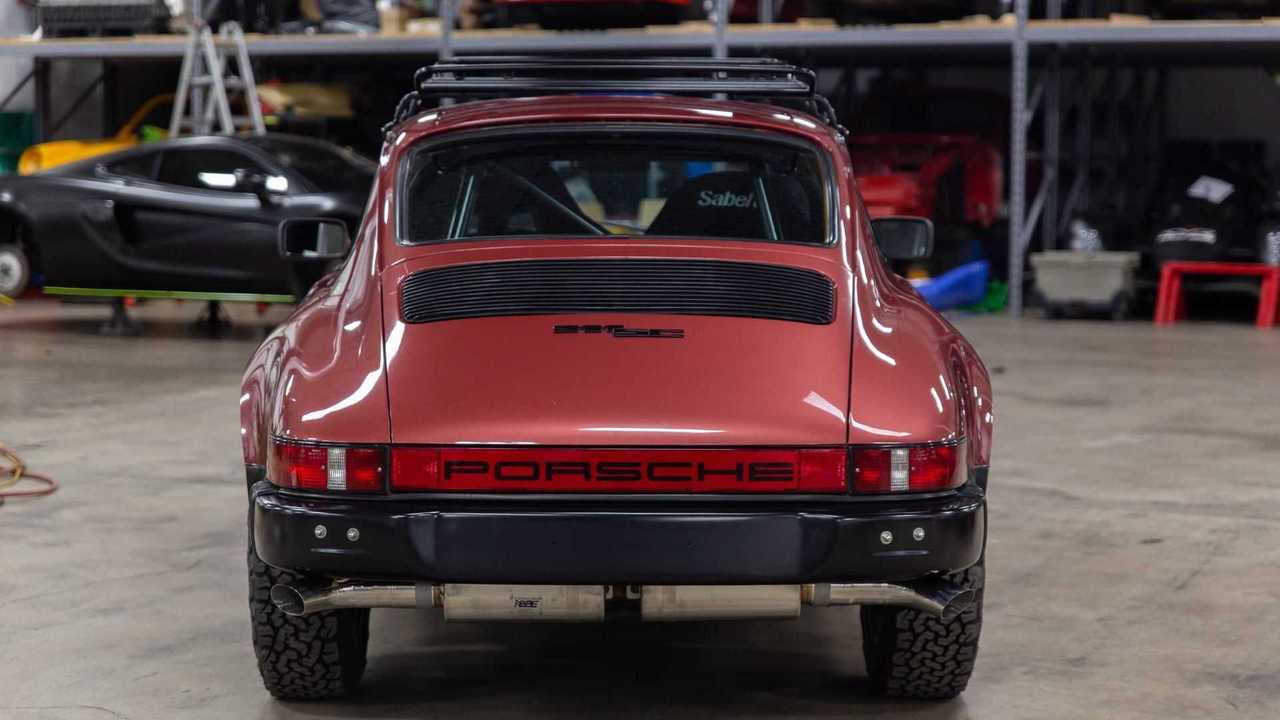 It’s far easier to park than a Ford Raptor, and it looks cooler.

Long before the Cayenne was even a dream, Porsche was a force to be reckoned with off the pavement. The German automaker saw wonderful success in grueling races like the Paris-Dakar Rally. This 1981 Porsche 911 SC has been converted into a Safari car, making it perfect for hitting fire roads or plowing through the snow.

The first thing you’ll notice is the four large auxiliary lights mounted to the nose. Those help light up the way in all kinds of low-visibility conditions. Also helping are modern LED headlights. Ground clearance is greatly improved, which is necessary for laving roads behind, and there are some mean-looking BFG All-Terrain tires. Chassis upgrades include Exe-Tc coil-over shocks, plus stronger front lower control arms.

Providing protection against whatever you might encounter on a trail is a prominent front skid plate. Front bumper extensions help guard against tire rub, while the rear bumper valance boosts clearance. Boosting functionality further is the Lietz-style roof rack, because this car is all about taking gear out into the wild for some amazing fun.

More than just a utilitarian car, this Porsche 911 SC looks good, too. Satin black front and rear bumpers really complement the factory Wine Red Metallic paint, plus they match the wheels and other accessories. Mostly original, the interior does come with some modifications. A black roll cage provides nice reassurance, while Sabelt race seats keep you from getting jostled too much as the car hits bumps.

A key element to this Porsche is the flat-six engine, which was overhauled. A new clutch assembly has been installed, plus BBE headers and a KMR performance mufflers were fitted.

Everyone knows the Porsche 911, a car that’s been wildly popular since it debuted and continues to generate monstrous sales. Vintage examples go for top dollar these days, and one that’s been professionally upgraded to a Safari can be even more sought after. While a great investment, this is a car you can have amazing amounts of fun with. If you’re interested, you can find out more through VICCI Online Car Auctions.