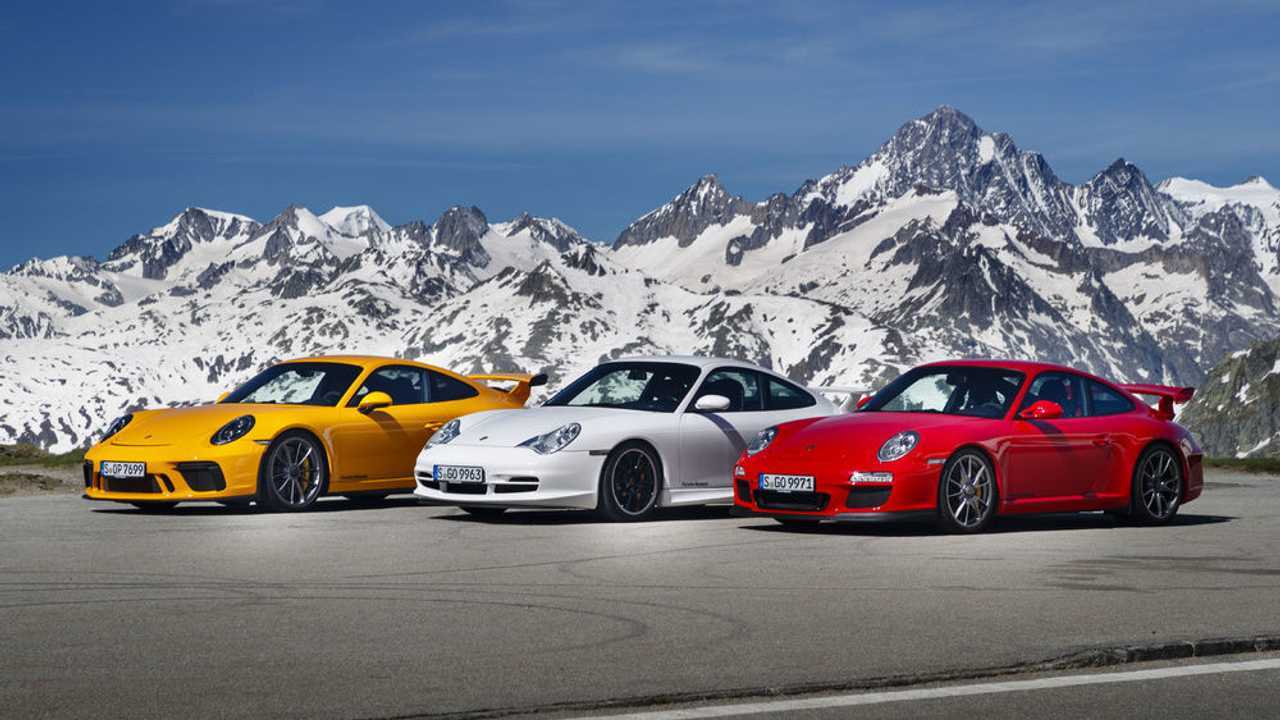 This street-legal racecar has been tearing up roads and road courses since its introduction in 1999.

Porsche and racecars go hand in hand, so it's no surprise how popular the Porsche 911 GT3 has been since its introduction 20 years ago. Named after the FIA GT3 class, Porsche essentially took its most proven road car (the legendary 911) and combined it with a decades of motorsport technology and experience.

The result was the hardcore Porsche 911 GT3, which has had six distinct variations over three 911 generations (996, 997 and 991), and an example of each is shown below. The GT3 is instantly recognizable by its large rear wing, and universally adored for its impressive performance.

All generations of the GT3 are focused on improved aerodynamics, weight reduction and handling. The 996 911 GT3 was first introduced in 1999, but it wasn't until the 2004 model year that these cars were available in the U.S. The wait was worth it in terms of performance as the 996.2 GT3 had almost 30 more horsepower, a higher redline and a faster top speed.

Starting with the 997 body style, the GT3 added even more aero tuning including the air outlet in front of the hood that helped extract air from the radiator and increase the car's front-end downforce, and the engine's power output had increased to 415 horsepower. Today's 911 GT3 lays down 500 horsepower, has a top speed of 198 mph and has a starting price of $143,600.

The current 911 GT3 debuted in 2017 with a Nürburgring lap time of 7:12.7 minutes, which is not only the fastest of the GT3s at this track but that is also 45 seconds faster than the first year GT3! Porsche has yet to confirm a GT3 for the all-new 992 generation of the 911, but that car will certainly lay down some serious track times as it predecessors have.