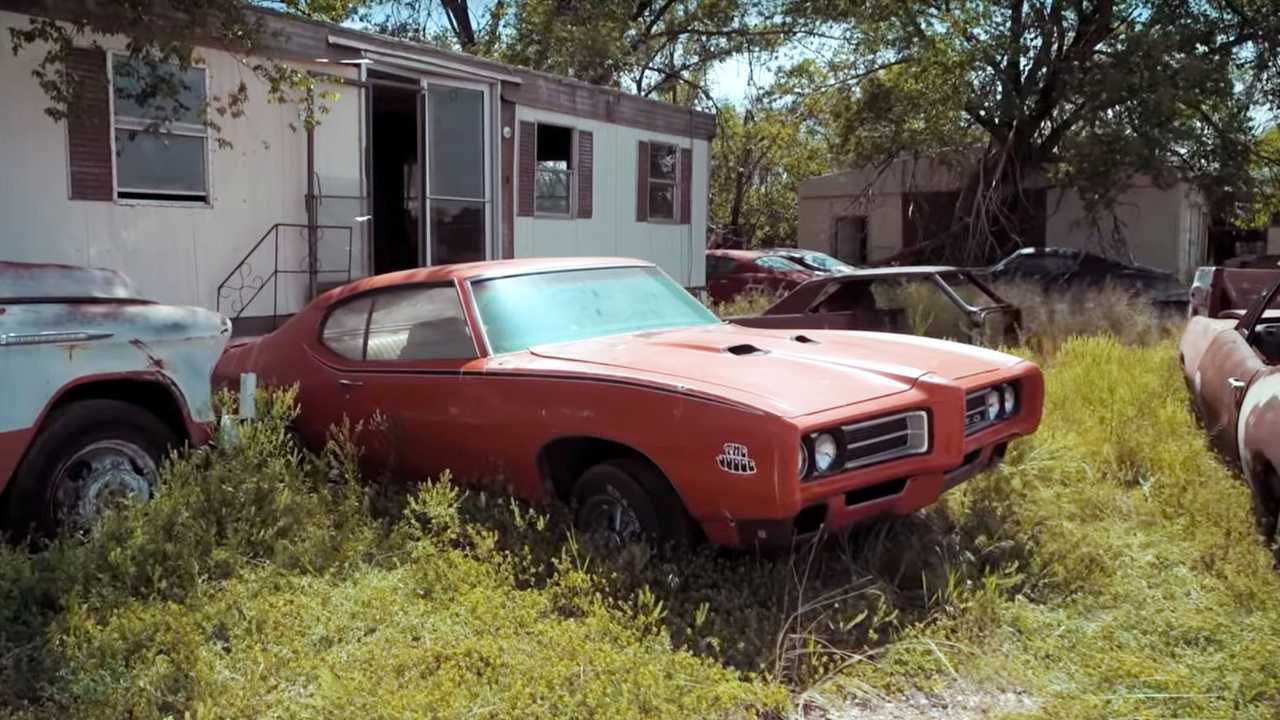 This just goes to show what kind of cars some people have sitting around.

As car lovers, we've probably all driven past a field of fenced-in cars and thought about stopping to talk to the owner. Hagerty's latest episode of The Barn Find Hunter did just that, and in doing so, stumbled upon an incredible collection of cars classic cars, trucks and even memorabilia.

While making a 700-mile drive from Midland, Texas, to McPherson, Kansas, a brief stop in Lubbock, Texas turned into an afternoon of classic car spotting. The first stop was a guy selling off all his collection of cars for $500 each, but the cars were in pretty rough shape. The second stop (practically across the street), was the complete opposite being greeted with the always-familiar "they're not for sale."

This collection of cars spans two different properties, though, and one of the earliest clues that this was a special collection is the original Pontiac GTO Judge with a 400 CID V-8 and factory four-speed. In driver quality condition, which this car certainly wasn't, this Judge is reportedly worth $38,900 and closing in on six figures for a fully restored example.

After walking around this location, the owner took him to his home where he had even more cars sitting in the elements rotting away. It's hard to keep track of exactly how many cars he owns, but there are Fords, GMs, Mopars, motorcycles and even a Cushman; not to mention a barn full of automotive memorabilia. The best – or worst, depending on how you look at it – was a horse pen that housed an original Superbird, Boss Mustang and several other hot rods.

This episode just goes to show that it never hurts to drive around and ask if cars are for sale. The real action starts at about three minutes into the video, so check it out.