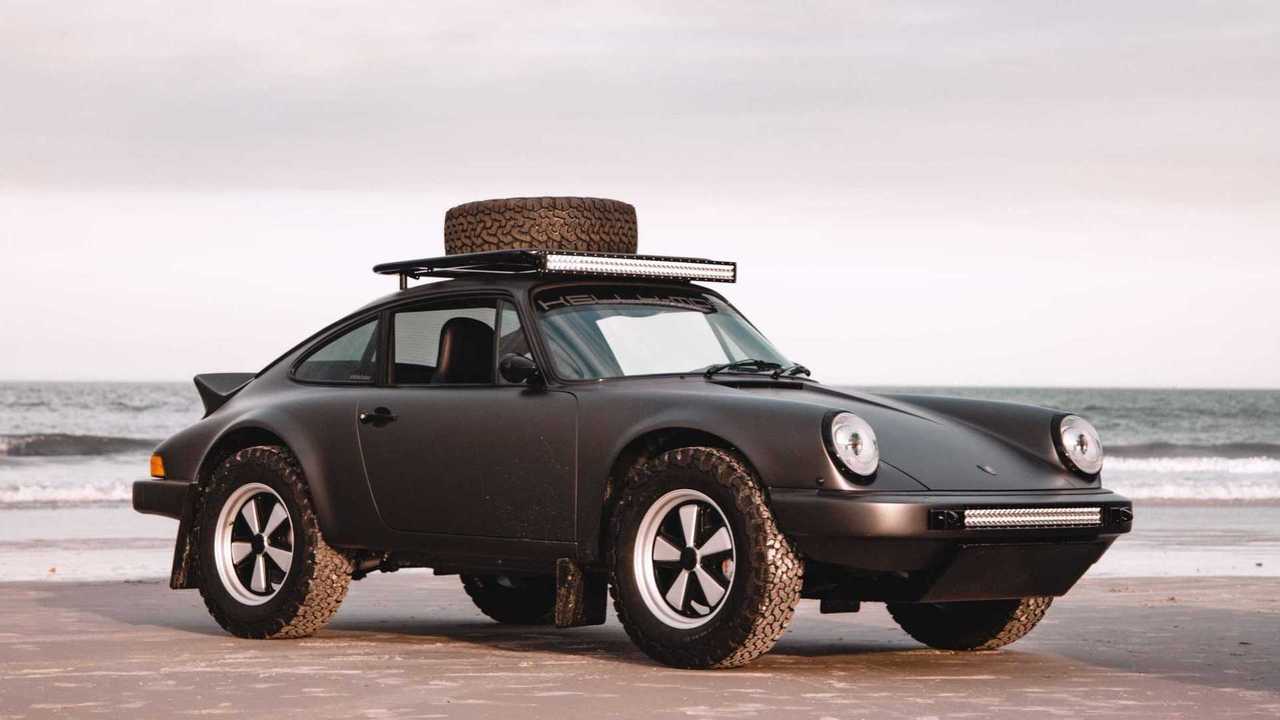 It went from a few personal touches to a bespoke build.

Enter, stage right. ‘Willy’ began life as a 1984 Porsche 911 3.2 Carrera purchased by Andy Kilcoyne in March of 2018. He is the director of operations for Kelly-Moss, a world-renowned company which specializes in custom, frame-up and resto-mod builds. The story begins a few months before, however, when Hoonigans Larry Chen and Will Roegge were shooting the VICCI Safari car across a frozen lake in Wisconsin.

The photoshoot was not far from the Kelly-Moss headquarters, and so the duo met up with Andy and connected over drifting, burnouts, and other car talks. When Will listed his 1984 Porsche 911 Carrera at a reasonable price, Andy jumped on the opportunity to take over.

“It didn’t take much convincing for me to give this Carrera the Safari treatment. If you’ve ever driven one, you’d understand why,” Andy explains.

This 1984 Porsche 911 was actually a grey market car that was legally imported into the States; it lived most of its life in the South, which made it an even greater candidate for such a bespoke build. The original plan, however, was to merely add a few personal touches and quickly flip it around. Though, with the creative mind of Andy and the Kelly-Moss team, that didn’t quite happen. This may be the most understated and modest Safari built to come out of the Kelly-Moss HQ, but it’s still over the top and a major head-turner. Over the course of approximately 10 months, each part of this Porsche was taken apart, replaced, renewed, rebuilt, or reimagined with the end goal in sight. The precision to detail and commitment to the Safari build is evident with every small part adding up to the larger picture: an outrageous German sports car.

This 1984 Porsche 911 Carrera has 4.5 hours on the entire build. If you put this car near another 911 or 911 Safari, you will immediately notice the subtle and unique details that truly set this project apart from the rest. This build focused on function over aesthetics, as is consistent with all the cars that have the honor of leaving Kelly-Moss. This ‘Willy’ Porsche speaks more to Andy’s personality, rather than following the loud and flashy language of Safari projects that had come before his. Either way, it’s a remarkable vehicle that was taken to new heights to become a conversation starter in its own right.