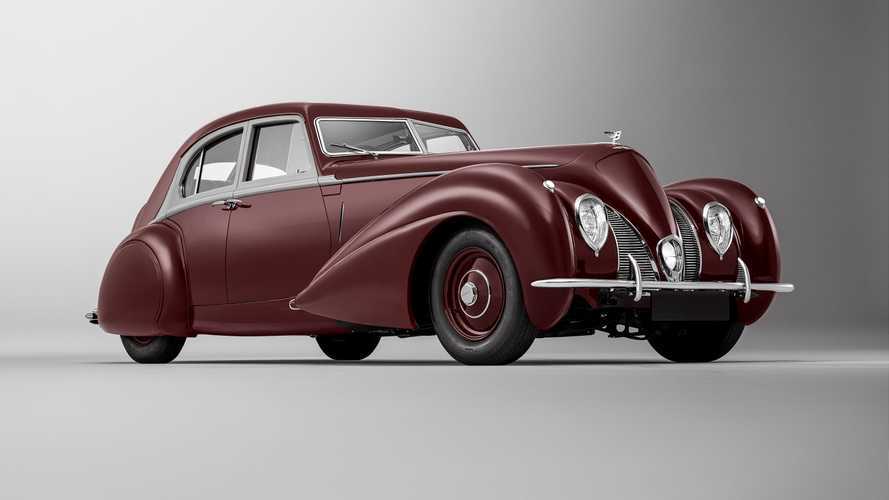 Eighty years after the sole example was destroyed in a bombing raid in France.

If you’re ever feeling unlucky, just know that the 1939 Bentley Corniche can relate. But now the car is rising from the ashes all thanks to Mulliner, Bentley’s in-house bespoke division. The ground-breaking Corniche was built in 1939 as a high-performance, lightweight reworking of Bentley’s crucial MK V luxury saloon. It was named after the French coastal roads on which it was designed to be driven. It sported a chassis made from thinner-grade steel and an upgraded 4.5-liter straight-six engine with an overdrive gearbox mounted at the front. The body was created by French car designer Georges Paulin and handmade by Parisian firm Carrosserie Vanvooren, which allowed it to surpass 100mph at the speed trails at Brooklands.

Unfortunately, the original 1939 Corniche prototype was lost as a result of two major crashes on French roads and subsequent raid damage caused by a World War II bomb on the Dieppe port where it was being stored. Some good news has come up, though, and it can be heard from the rooftops. Bentley has re-created the long-lost 1939 Corniche from the ground up with a built that highlights the marque’s pedigree of technological innovation and impressive design language. Enter, stage right, the newly remade 1939 Bentley Corniche. Cue the oohs and aahs.

The project was started many years ago by volunteers from the WO Bentley Memorial Foundation and the Sir Henry Royce Memorial Foundation. It was brought in-house in February of 2018 under the watchful eye of Chairman and Chief Executive Adrian Hallmark, who requested that the project be completed in 2019 to celebrate Bentley’s centenary.

“The 1939 Corniche was a clear step in Bentley’s design language which is evident when set aside the later and now iconic R Type Continental. It is a pivotal car in the history of Bentley, demonstrating that even then, this great British marque was at the cutting edge of design and technology,” comments Hallmark.

This was Mulliner’s first historic car project and demonstrates the full scale of the division’s coachbuilding and restoration capabilities. The project was carried out in Crewe using only the original technical drawings, and original Corniche and MK V mechanical components along with a re-made body. The result is an identical model to the one-off prototype in every respect.

The re-created 1939 Bentley Corniche will make its first public appearance at Salon Privé at Blenheim Palace this September and join Bentley’s Heritage fleet, which already includes WO Bentley’s 8 Litre and the Birkin Team Blower, to be used and exhibited at events around the world.

This Is The Oldest Surviving Bentley In The World