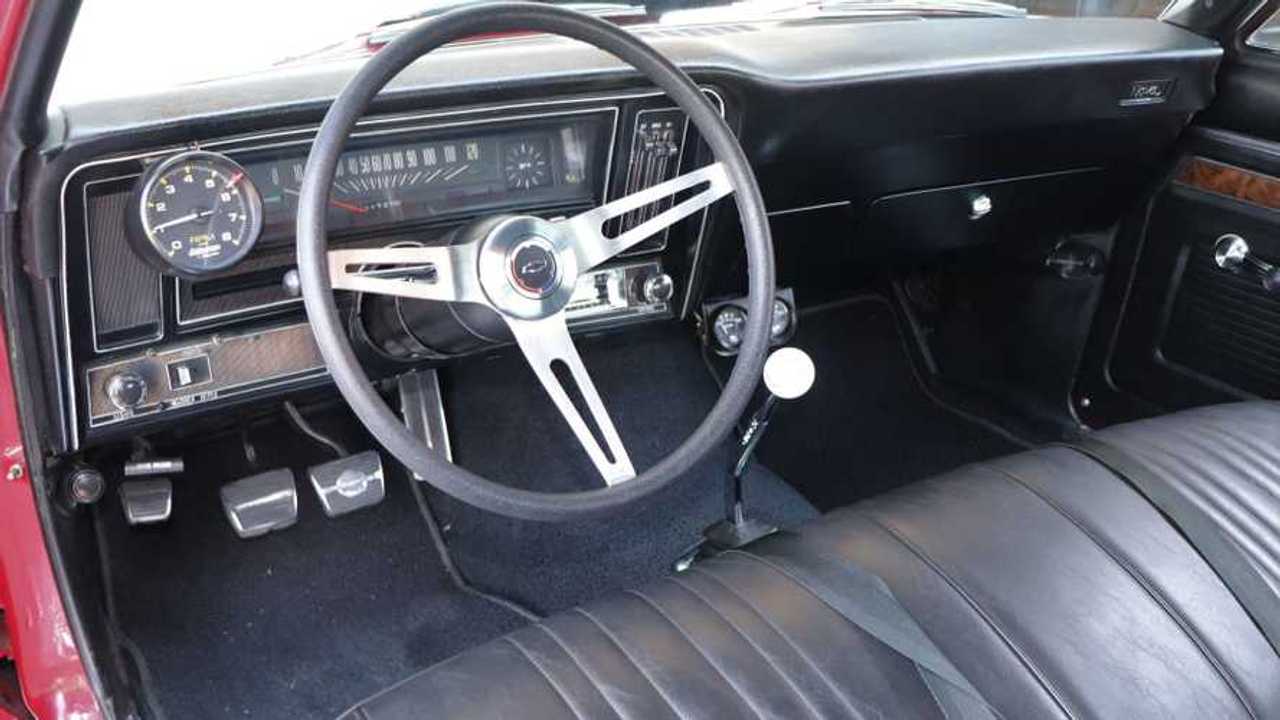 You could say the Nova was the pony car America needed in the late 1960s. While plenty of people have forgotten what the car did, you can help remind them with this potent 1972 Chevrolet Nova SS. It’s incredibly clean and comes with some tasteful upgrades to let you burn rubber and impress the neighbors.

Thanks to a fiery red paint job, black stripe down the middle of the Stinger hood, and immaculate black vinyl top, this Nova immediately makes an impact. Upon closer inspection, you can see it proudly wears the factory badging, a decklid-mounted rear spoiler, plus American Racing wheels with 17-inch Nitto blackwall tires.

You’ll find that same clean and mostly factory presentation for the interior. The black vinyl on the seats and doors isn’t splitting or cracking, just like the original dash. The factory controls and OE radio are present, while an aftermarket tach mounted by the stock gauges, plus oil pressure and water temperature gauges mounted under the dash on the passenger side, hint at the performance aspirations of the car.

Speaking of performance, since this is a Super Sport model, this Nova is packing the heat with a Chevy 355ci V8 stroker engine. Further enhancing things are Edelbrock aluminum heads, ceramic-coated headers, 2.5-inch exhaust, Flowmaster mufflers, high rise Edelbrock aluminum intake manifold, and a dual-feed Holley 750 Double Pumper. To help with quick gear transitions, the M-20 4-speed is mated to a Hurst shifter. You also benefit from power steering and air shocks in the rear.

The Nova was introduced by GM for the 1962 model year as a basic, highly affordable car. Its small size and lightweight design proved to be valuable in the ensuing muscle car wars, with Chevy dropping larger and more powerful engines into the Nova. While most muscle cars had lost steam with the effects of the oil embargo and stricter emissions restrictions come 1971, the Nova saw sales increases as it still offered exciting performance. That fact alone makes the 1972 Chevy Nova noteworthy, along with the overall fantastic condition. This Chevy Nova is being sold through Midwest Car Exchange.