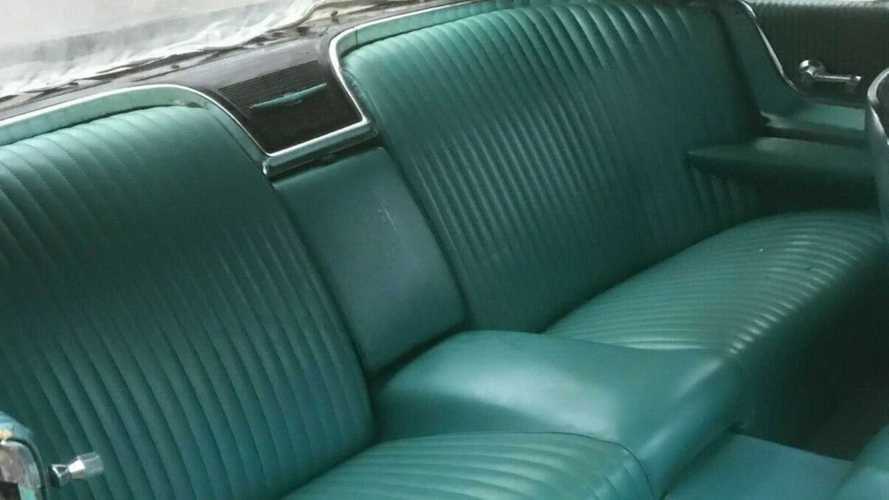 Both the exterior and interior show surprisingly well.

Vintage Car Collector has presented a truly interesting find you could potentially own. A well-preserved 1965 Ford Thunderbird Convertible isn’t something you see these days. Unfortunately, many of these large luxury cars have been scrapped or modified to the point they’re not like the factory setup at all, making this example quite compelling.

Retaining plenty of its original shine, the Black paint shows off those curvaceous body panels perfectly. While the overall design of the ’65 T-Bird is understated in many ways, strategic chrome trim around the hood scoop intake, as well as on the front fenders and door handles actually helps the car appear more sophisticated. Shiny factory wheels with thin whitewall tires really match the feel of the car. Just as amazing is the fact the convertible top fits so well on the car and isn’t tattered mess. Likely it’s been replaced in the not-distant future, so you don’t have to immediately replace it.

That Turquoise interior appears to have all the original factory equipment. The dash and gauge cluster appear to be intact, as do the door panels and their controls. The vinyl upholstery, carpeting, and dash all are surprisingly well-preserved. Even the ample amounts of chrome trim throughout the interior still gleams in the light, demonstrating that the previous owner stored this car with care, instead of leaving it to rot away in a field.

A powerful 390ci V8 makes this luxurious convertible easy to drive. Adding even more convenience is a smooth automatic transmission, so you can cruise with confidence.

A legendary American car, Ford introduced the Thunderbird for 1955, with production running continuously until 1997, before it resumed in 2002 and finally ended with the 2005 model year. The fourth generation lasted from 1964 to 1966. For 1965 sequential taillights and front disc brakes became standard.

You Could Own This Solid 1966 Ford Fairlane GTA S-Code