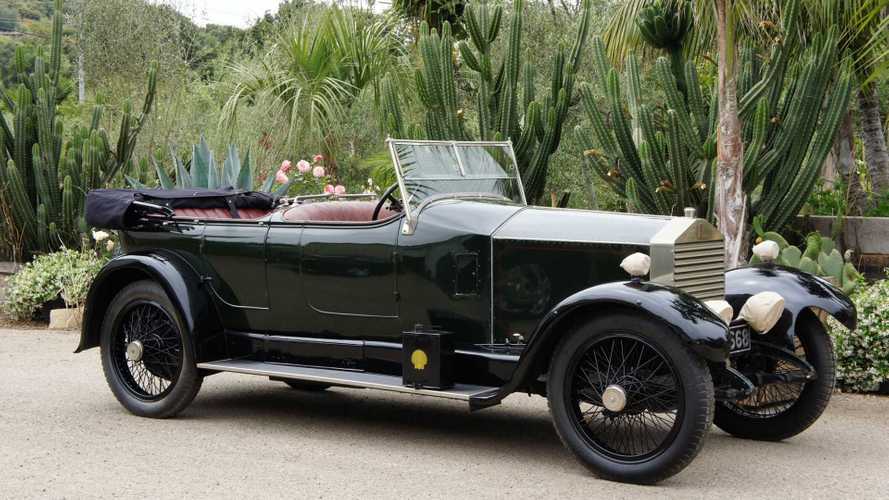 It’s scheduled to cross the Auction block in just 10 days.

The Bonhams Quail Lodge Auction will take place from Thursday, August 15, 2019 through Friday, August 16, 2019 at the Quail Lodge & Golf Club in Carmel, California. This year’s consignments denote one of the most important collections that have even been shown. One of the incredible vehicles to cross the auction block will be this 1923 Rolls-Royce Twenty Dual-Windshield Tourer from Charles S. Crail Automobiles. It is assigned lot number 288 and will be shown on August 16 at 10:00 PDT.

This Torpedo Tourer is documented by the Rolls-Royce Foundation and an excellent example for prominent touring events all around the world. It boasts stunning barrel-sided custom coachwork by Barker & Co. Powering this vehicle is a 3,127cc overhead-valve six-cylinder engine mated to a three-speed manual transmission. Other noteworthy features include leaf spring suspension, rear mechanical brakes, coil and magneto ignition, and a single carb setup.

The Rolls-Royce Twenty was the brand’s “small car” for the 1920s; it was produced between 1922 and 1929 alongside the 40/50 Silver Ghost and the successor to the 40/50, the Phantom. This automobile was intended to appeal to owners/drivers, but many were sold to customers for chauffeur purposes. A new inline-six overhead-valve engine was designed for the Twenty models with a bore of 76mm and stroke of 114mm. Only the chassis and mechanical parts on these vehicles were built by Rolls-Royce itself. The body was made and fitted by a coachbuilder that would be chosen by the owner. Park Ward, Thrupp & Maberly, Mulliner, Hooper, and barker & Co. are just a few of the most famous coachbuilders who produced bodies for Rolls-Royce cars. This 1923 Rolls-Royce Twenty Dual-Windshield Tourer was built by the latter coachbuilder.

The model offered here is a beautiful Barker-bodied Rolls-Royce Twenty Tourer. It comes with copies of factory records and ledgers provided by the Rolls-Royce Foundation. Some of the earliest information available shows that chassis 54S4 was tested on February 14, 1923, as the 168th Twenty chassis in the production run. It was then completed with the drivetrain and axles before being sent off to Barker and Co. for coachwork when new. There, it was fitted with the elegant, barrel-sided open tourer coachwork you see here. The finished product received its final inspection on June 29, 1923.

Today the car still sits beautifully with some attractive patina. This Rolls-Royce Twenty is ready for some touring events and Concours shows. Be prepared to attract the crowds and likely even bring some trophies home. The car is being offered for auction with a handbook, side curtains, tools, and the complete history file that shows factory records from the day the car was built.

1911 Rolls-Royce Silver Ghost Is One Of Only 20 Survivors