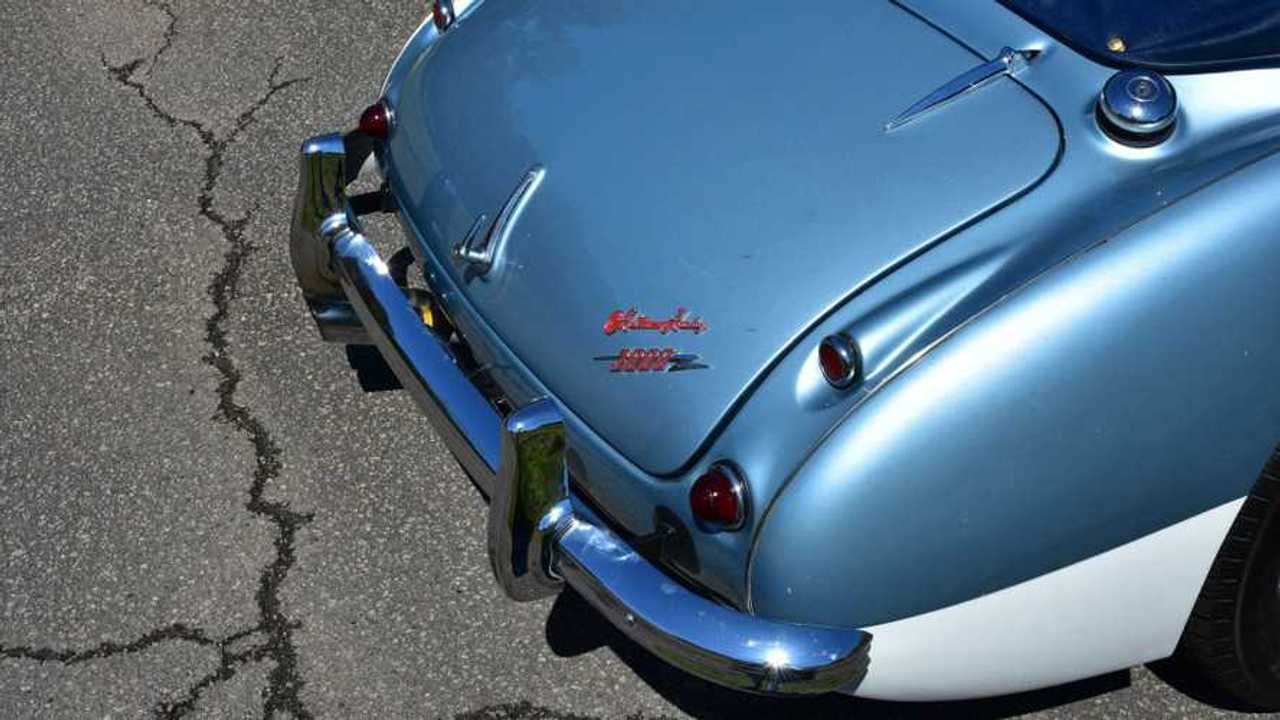 A classic British roadster is always the perfect addition to any car collection.

They say true legends never die, and that must be true since this 1963 Austin-Healey 3000 is very much alive and well. The classic British roadster has a glistening coat of blue and white paint, sparkling chrome, and a spotless interior, making it perfect for fulfilling the dreams of a longtime fan.

This roadster is dressed to impress. Up front are a pair of fog lights as well as badges mounted in front of the distinct grille. Above that is the Austin-Healey badge with the hood scoop directly behind. Period-correct wire spoke wheels have new tires wrapped around them. The blue top is in fantastic condition.

Since this car is a Mark II, it comes with the upgraded 2.9-liter C-Series straight six-cylinder engine. That means triple SU carburetors and a better camshaft design, cranking out a peak 132-horsepower. Sending that to the rear wheels is a snappy manual transmission, which is what every proper roadster should feature. This setup makes for an engaging driving experience.

Some nice luxuries are included in this roadster’s blue interior. Roll-up windows, something not offered on the Mark I, are standard. Both factory seats show no signs of wear, while the carpeting on the floor and transmission tunnel presents quite well. The original instruments, controls, and steering wheel are present and in fine operating order. Even the factory rearview mirror is mounted atop the dash.

American consumers were able to sink their teeth into numerous European roadsters back in the day, including the Austin-Healey 3000, which was produced from 1959 to 1968. This car is also one of the “big Healey” models, so-called because they were larger than other Austin-Healeys. While this car is a two-seater, a 2+2 version was offered. If you’re interested in this classic British automobile, Saratoga Auto Auction is proudly offering it for sale.

Celebrate Freedom With A 1945 Jeep CJ-2A

Porsche 912 With A Tesla Heart Is Blasphemous