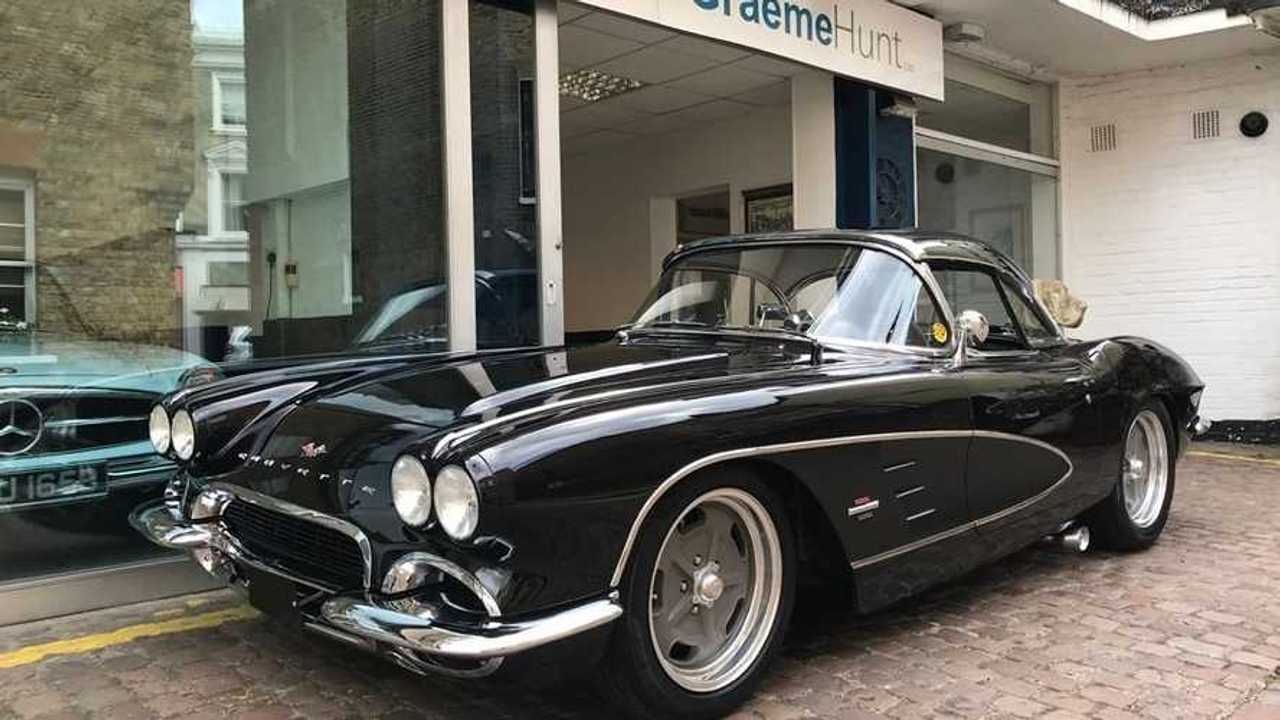 With less than 3K miles clocked since the restoration.

Graeme Hunt is pleased to announce this splendid example of America’s iconic sports car: the Chevrolet Corvette. According to the original ad, the ‘Vette you see here is “quite the fastest and noisiest one” that they have ever had the opportunity of selling. This 1961 Chevrolet Corvette C1 was treated to a full restoration 10 years ago in the United States. The car was babied and well taken care of, as is made evident by the like-new condition and mere 2,698 miles that have been clocked since the resto.

In fact, this ’61 Corvette won an award for the “Best 1960’s Car On Show” at a show in Upper Richmond among some stiff competition. It’s not hard to see how this beauty won, with its pristine exterior, clean engine bay, and immaculate interior. What’s more, this Corvette boasts a photographic record of the restoration process in a bespoke folder. It shows just how impressive and meticulous the build was, highlighting the high attention to details and upgrades that make this C1 stand out from a crowd.

No expense was spared during the restoration. Every step of the process ensured that this Corvette looks and drives equally well. This beauty sits on American Racing Salt Flat Special wheels wrapped in Pirelli Cinturato tires. Other noteworthy upgrades include a new electronic GPS speedometer and a separate rev counter.

The engine has replaced with a new 350 cubic-inch (5.7-liter) "Crate" motor from Chevrolet. This example also received a mild camshaft, an Edelbrock intake manifold, four-barrel carburetor, a Mallory ignition system, and free-flow headers to ensure the engine breathes easily and emits a tantalizing exhaust note as well. Cooling is made possible by way of a large alloy radiator, with a similarly sized electric fan. There is no sign of any distress, despite London traffic and a recent heat wave.

The suspension was also upgraded with coils and disc brakes at the front. The steering on this C1 is now electrically assisted Rack and Pinion, which is easy to adjust with a rheostat knob for the driver. The chassis was powder coated prior to the body being painted in the stunning gloss black you see in these photos; the scallop is finished in a matte grey.

Another noteworthy feature is the recently fitted air conditioning, which was seamlessly installed with ice-cold air for those brutal summer days. Lastly, the car was fitted with a switch for the driver that allows him/her to move the exhaust from the rear pipes to the side pipes. Both configurations are noisy, with the side system being the loudest. The car comes with a factory hardtop and Graeme Hunt could provide a soft top should you want one.