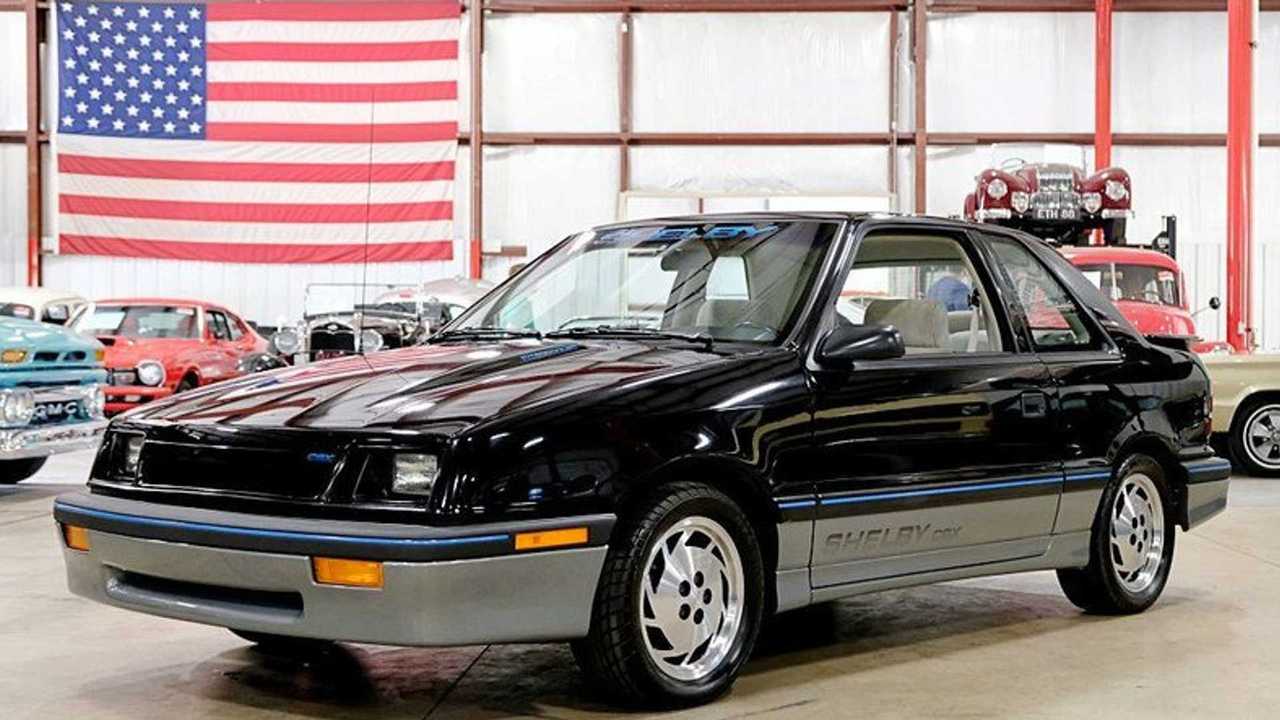 Before developing its own sport compacts like the Neon SRT-4 and Caliber SRT-4, Dodge had teamed up with Carroll Shelby to create a line of performance-tuned small cars including the Omni GLHS and Charger GLHS. The last of the sport compacts developed and sold by Shelby American was the 1987 Dodge Shadow Shelby CSX, and this particular one is currently being sold by GR Auto Gallery.

Only available on the Shadow three-door hatchback, the CSX (which stood for "Carroll Shelby Experimental") with a turbocharged and intercooled 2.2-liter inline-four under the hood that was upgraded to produce 175 horsepower – the stock 1987 Shadow with this engine were rated at 146 hp. The 1987 Dodge Shadow Shelby CSX was also given a sportier suspension as well as upgraded rear disc brakes. Only 750 Shadow Shelby CSX cars were made in 1987, and this one is No. 27.

In terms of looks, all of these cars were the same with identical black paint jobs with blue and gray lower accents. All Dodge badging was removed and replaced with the Carroll Shelby logo, and these cars were finished with exclusive wheels. Inside, the Shelby CSX looked more like a stock Shadow with the exception of the Shelby three-spoke, leather-wrapped racing steering wheel and an added boost gauge, and the owner of this one added a Sunpro tachometer to the top of the steering column. Other than that, it would appear that this car has not been modified, and the underside of the car shows that it has taken very little (if any) abuse in its 32 years.

Although Shelby later went on to develop the Shelby Dakota and he worked with Dodge in the development of the Viper, the 1987 Dodge Shadow Shelby CSX represented the last sport compact car offered by Shelby American. Here's your chance to own a unique piece of Mopar and Shelby history with an asking price of just $13,900.