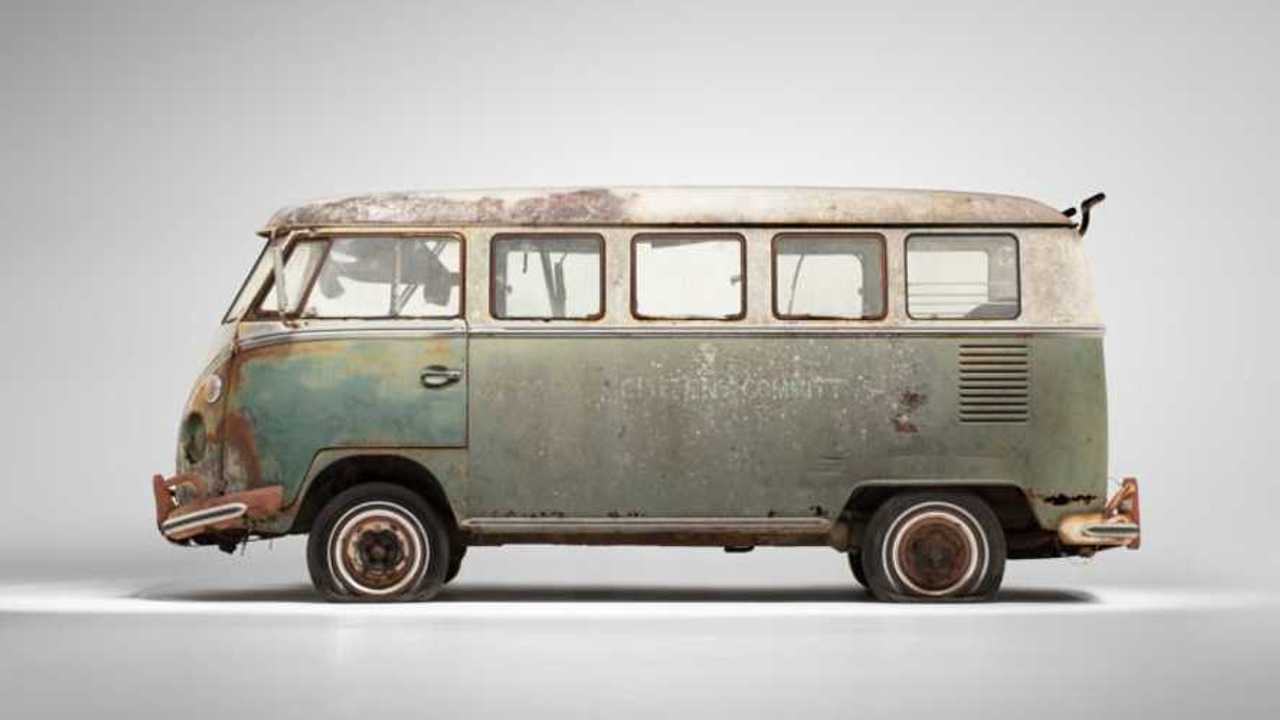 Both will be featured Cars at the Capital in Washington, D.C. next month.

The National Historic Vehicle Register was created in 2013 by the Historic Vehicle Association to document and keep track of America’s most historically significant automobiles, and to date, there 26 vehicles on the list. This number includes the most recent additions that include a 1969 Chevrolet Corvette owned by Apollo 12 astronaut Alan Bean and a 1966 Volkswagen Type 2 Bus owned by civil rights pioneers Esau and Janie B. Jenkins, and both vehicles will be on display next month in Washington, D.C. at Cars at the Captial.

Starting in the 1940s, Esau and Janie B. Jenkins helped organize rides to help people in their community get rides to school and work, and they would help teach their passengers to read in order to pass the literacy test required back then to become registered voters. The Jenkins wrote "Love is Progress, Hate is Expensive" on the back hatch, which was donated to the Smithsonian National Museum of African American History and Culture in 2014. It appears that the vehicle itself is still owned by the Jenkins family.

As America recently celebrated 50 years since landing on the moon, the 390-horsepower, 427 CID V-8 Corvette owned by Alan Bean is important since he was the fourth person to walk on the moon after Apollo 11 astronauts Neil Armstrong and Buzz Aldrin and fellow Apollo 12 astronaut Pete Conrad. Bean, Conrad and Dick Gordon (the third Apollo 12 astronaut) helped design the black-and-gold paint scheme, and each car had a red, white and blue fender plaque with the respective astronaut's Apollo 12 role. When Bean died in 2018, he was the last surviving Apollo 12 astronaut, and ironically, his Corvette is the only of the three Corvettes to survive – the current owner has had this car for the last 48 years, and it has about 35,000 original miles.

The fifth annual Cars at the Capital will be held from Sept. 12-26 on the National Mall (between the National Gallery of Art and the National Air and Space Museum) with each vehicle being on display in an illuminated glass case for one week; Bean's Corvette will be displayed from Sept. 12-19 and the Jenkins' VW will be displayed from Sept. 20-26. Other vehicles on the National Historic Vehicle Register and past Cars at the Capital displays include everything from important vehicles like the first Chevy Camaro ever built and the 15 millionth Ford ever built to popular vehicular icons like the 1985 Ferrari Modena Spyder California from Ferriss Bueller's Day Off and President Ronald Reagan's Jeep CJ-6.

To Drive Or Not To Drive: The Quandary Of Owning A Brand-New 1978 Chevrolet Corvette