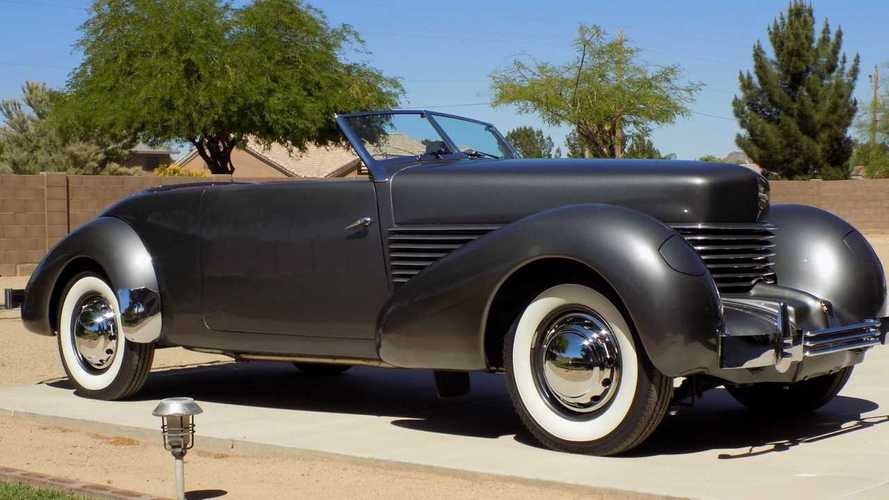 This is perhaps the most influential vehicle most people don’t know existed.

Most people these days can only name off a small handful of American automakers. Sadly, too many have no idea that at one time there were numerous car companies operating in the United States. This 1936 Cord 810 is the product of one unsung US automaker, and now this amazing piece of American history could be yours. You have the opportunity to motor down the roadway in a genuine classic car, entering an elite group of automobile ownership.

This vehicle, which is being offered for sale through the Classic Car Club of America, has been ACD Certified, which is done through the Auburn Cord Duesenberg Club

This car almost resembles a timeless design and has period-correct silver grey paint.  It’s been polished nicely, while bright chrome on the bumpers, wheel covers, and lower portion of the rear fenders is a striking contrast. Like other cars from its time, this Cord 810 wears a split windscreen and smashing wide whitewall tires, but other design elements are well ahead of their time. Take, for example, the headlights which fold into the front fenders. The door hinges were concealed, like on modern vehicles. These innovations create a sleekness not seen with other cars in the 1930s and for some time thereafter.

Also included is a plush and well-preserved period-correct maroon leather interior, including rebuilt gauges for a genuine presentation.

An L-head V8 provides 125 bhp and 288 cu. in. of torque, which is plenty for motoring through town or down an open country road. Not only does this Cord 810 start and run, the radiator, stainless steel exhaust, tires, and brakes are all new, plus the transmission was recently rebuilt.

Errett Lobban Cord got his start in the auto industry by managing the daily operations of Auburn. With his influence, Auburn cars became some of the best-looking on the market. Launching his own brand using his surname, Cord ran into financial trouble early in the Great Depression. He returned to market with the Cord 810, which wowed the public and was immediately called “coffin-nose” as a term of endearment for the advanced vehicle.