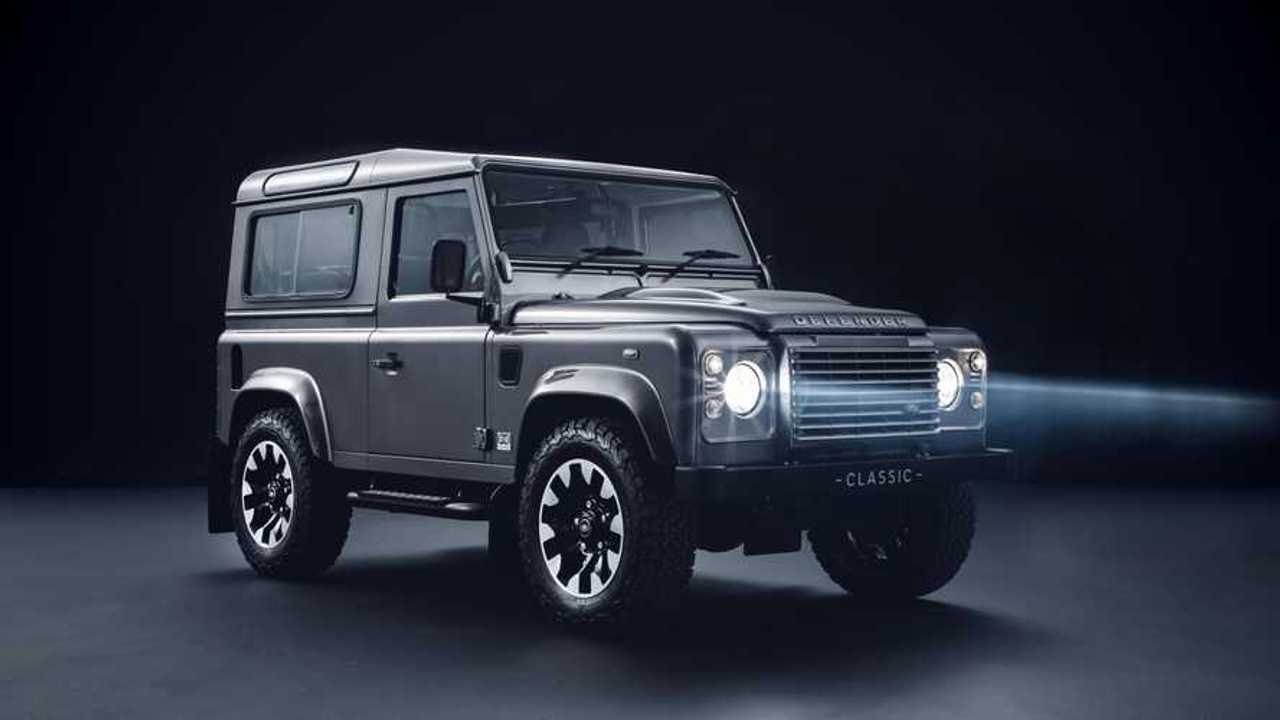 Breathing new life into the Defender with some new goodies.

As we await the all-new Land Rover Defender, the British automaker has found a way to breathe new life into the older Defender models by way of new enhancements. These upgrades deliver improved performance and on-road agility inspired by the exclusive limited-edition Defender Works V8 – 70th Edition.

The Defender suspension upgrade kit is suitable from 2007 model-year vehicles and beyond. It is comprised of uniquely-tuned suspension that is specifically tailored for on-road comfort and dynamics with modified coil spring rates, anti-roll bars, dampers, links, and bushes. There is also a Defender handling upgrade kit that adds augmented Works V8-specification brake discs, pads, and calipers to the 18-inch Sawtooth alloy wheels with enhanced suspension.

The last and most-inclusive upgrade kit is just for vehicles with the 2.2-liter TDCi from 2012 and onwards. It is also only available directly from Land Rover Classic itself. The Defender Classic Works upgrade kit includes all of the wheel, brake, and suspension elements. What’s more, it also provides new performance-rated tires and an engine upgrade that squeezes out an additional 40 PS (39 hp) – for a total output of 162 PS (160 hp) and 463 Nm (341 pound-feet) of torque. With this, the top speed is also increased to 106 mph (170 kph). This full kit will put you back £16,995 ($20,670).

Ultimately, it’s up to you. Whether you just want to improve your Defender’s handling or suspension, or get the full package, Land Rover Classic has you covered. With these upgrade packages comes a unique badge that is adorned to the front fenders to let everybody know you’re not driving a factory Land Rover Defender. That’s the icing on the cake, especially after dishing out money for these extra goodies. Say it loud, say it proud.