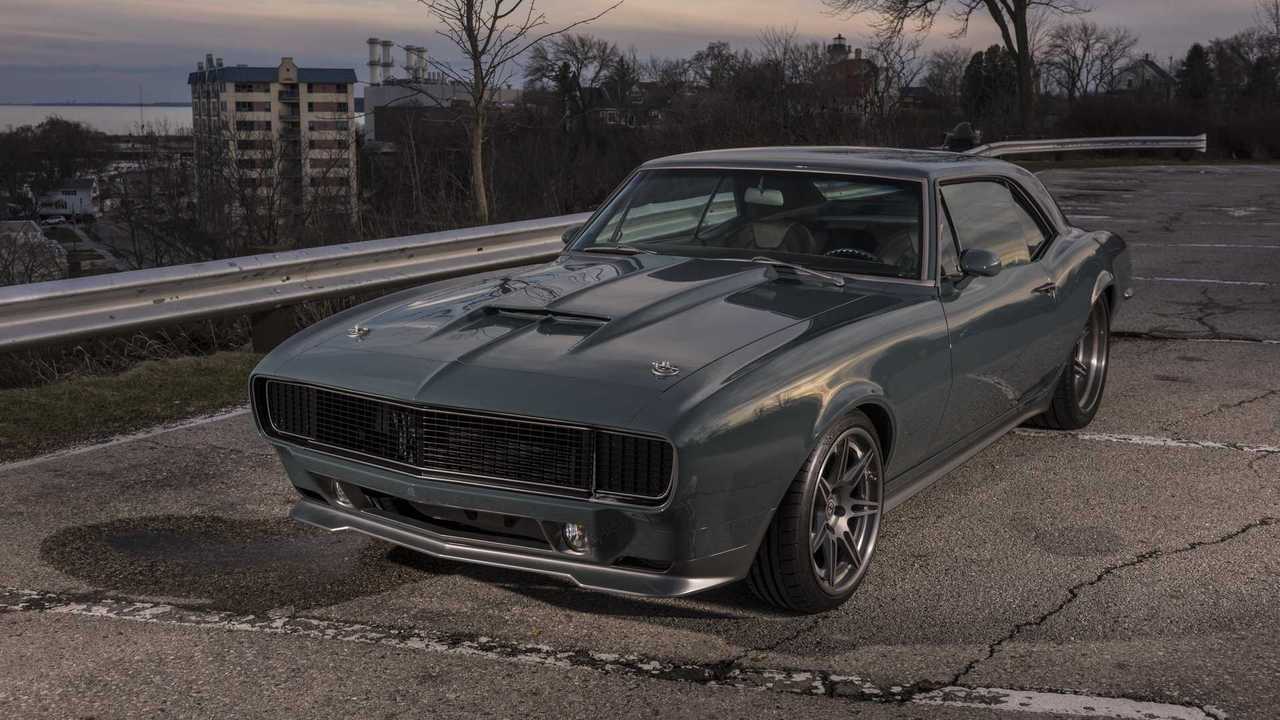 Given to him by none other than Iron Man himself.

When it comes to giving gifts to co-workers, Robert Downey Jr. wins. Even if you are not heavily enthralled in the Marvel Universe, it’s not hard to see that he and co-worker Chris Evans have a special relationship–on and off the screen. This was made even more evident when the actor, who plays Iron Man, gifted a customized 1967 Chevrolet Camaro to Chris Evans. And if that’s not enough, the ‘Captain America’-themed Camaro is worth an estimated $275,000.

Robert Downey Jr. obtained this 1967 Chevy Camaro and then handed the keys and plan over to SpeedKore Performance Group, a tuning company with some pretty rad rides. Once the vehicle was completed, the car was presented to Chris Evans as a special gift while filming the third installment of the Avengers franchise.

This Camaro is meant to evoke the superhero Captain America, which Evans plays in the Marvel movies. It’s even got a steering wheel emblazoned with Captain America’s shield right in the center. In addition, the interior features a plaque dubbing the car a “Steve Rogers’ Special Edition” and noting that it was specifically made for Chris Evans. For those who are unfamiliar with the franchise, Steve Rogers’ is Captain America’s real name in the film and comics.

The exterior is finished in a stunning PPG Grigio Verde paint with PPG clearcoat. SpeedKore Vice President David Salvaggio jokingly refers to the color as “melted army man green” in an episode of Jay Leno’s Garage, when the vehicle made its appearance. Heritage styling parts and SpeedKore hood pins complement the look well. This 1967 Camaro sits on HRE RS101 wheels wrapped in Michelin Pilot Super Sport tires with BAER Extreme 6S calipers with 14-inch rotors. The ride is incredibly too thanks to Detroit Speed’s Speed Kit 3 front suspension kit and 4-link rear suspension.

Not only does this car look mean, but it’s also got the power to boot. After all, superheroes need plenty of power, right? Under the hood, you’ll find a 6.2-liter LS3 V8 crate engine mated to a 2.9-liter Whipple supercharger and SuperMatic four-speed automatic transmission via a Power Control Solutions push-button shift. That powerhouse combination delivers an impressive 730 horsepower. Aside from that, it’s got a Detroit Speed radiator in place and uses a Wegner Performance front pulley drive system.

This 1967 Chevrolet Camaro was built with love and is a true work of art. Whether you are a Camaro fan or Captain America fan, it’s not hard to appreciate such a thoughtful and generous gift. Robert Downey Jr. rarely disappoints and the same could be said about the Chevrolet Camaro.