LeBron James Has Quite The Car Collection 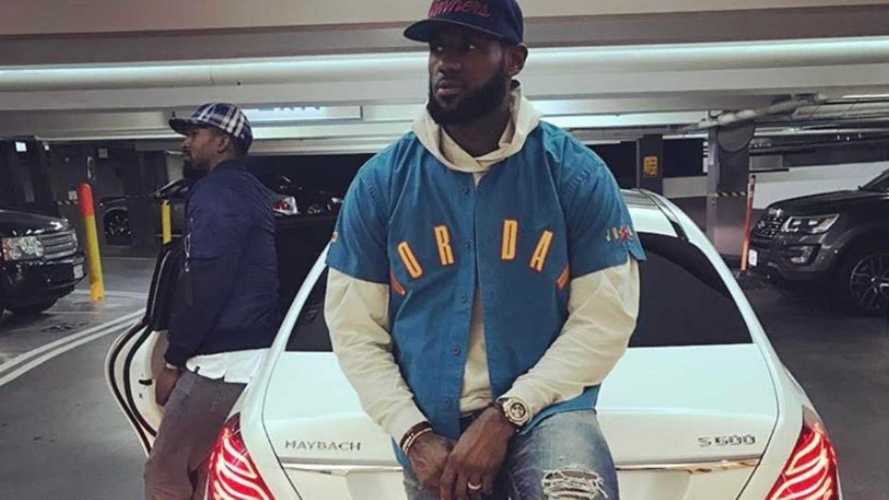 The NBA star has discerning taste when it comes to rides.

Being a world-famous professional athlete comes with many advantages. Not only do you get to play the sport you love, a huge salary comes with the job. If you’re a gearhead, that means a killer lineup of cool cars. Lebron James is just such a man, and his collection of vehicles is impressive. They range from technologically-advanced late models to some timeless classics.

You’d expect a high-roller to have a blinged-out ride, and Lebron’s 2018 Maybach S650 is just such a ride. While the base price of the ultra-luxury sedan is $240,500, there’s little doubt the basketball player added some bespoke details to the interior, making the purchase price significantly higher. Other opulent rides include a Ferrari F430 Spider, Ferrari 458 Spider, Ferrari 599, Rolls-Royce Phantom, Maybach 57 S, Lamborghini Aventador Roadster, and a Bentley Continental GT.

One of most cherished cars LeBron owns is a 1975 Chevy Impala Convertible. That might seem like an odd choice, but Lebron James seems to have a thing for Detroit steel. He also owns a 2010 Chevy Camaro SS and a Dodge Challenger SRT.

You probably already know Kia did a King James edition of the K900 luxury sedan for the 2015 model year. It was a one-off car built to celebrate the fact that the famous basketball player had been signed to hawk the car in commercials and more. The funny thing is LeBron claimed to have already been driving a K900 before he signed the endorsement deal. Laugh if you want, plenty of professional reviewers have praised the K900 for being surprisingly sophisticated and comfortable, despite its greatest detraction: the badges.

King James is worth well over $400 million, so it’s no wonder he can easily afford these cars. And while money can buy plenty of things, it can’t buy taste. With his discerning purchases, LeBron James has demonstrated he has a great understanding of automobiles.