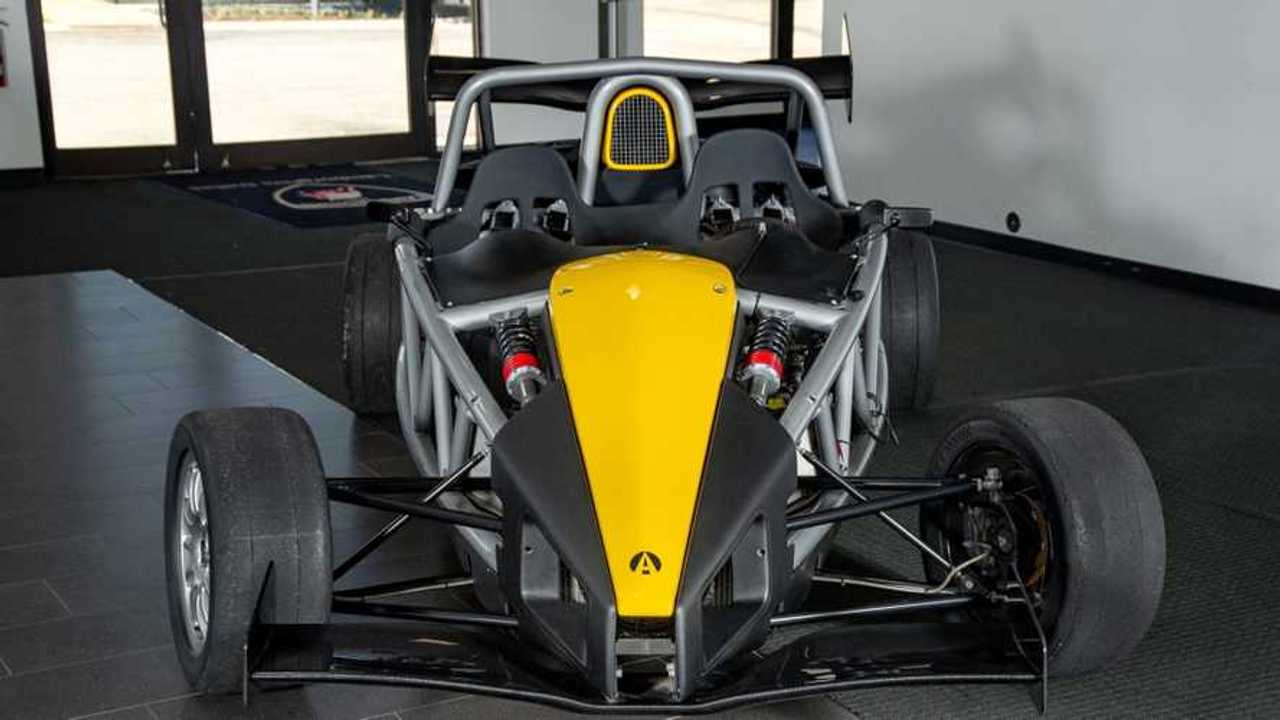 This example is a track vehicle and, therefore, not street legal.

Lamborghini Dallas is excited to announce this 2012 Ariel Atom 3 high-performance sports car up for sale. The is a smoke-free track vehicle and is not legal on the street. Only about 500 miles have been put on the car since the engine build. More than $90,000 has been invested in this Ariel Atom, and it’s currently priced at $49,999. It’s ready to hit the track and is guaranteed to look great you whiz past the competition.

It’s equipped with a 2.4-liter supercharged Honda K20A engine mated to a six-speed manual transmission that produces 258 horsepower at the wheels. The car weighs 1,250 pounds soaking wet with a 10-gallon fuel tank. The exterior is finished in a beautiful black and yellow paint with a matching interior. This 2012 Ariel Atom 3 sports front and rear carbon wings, a rear way bar, and a spring kit. It’s sitting on the original wheels and street tires; the 15x18 and 15x10 Keizer Kosmo wheels are mounted in slicks. Other equipment features include four-wheel power disc brakes, factory tachometer and instrumentation, and bucket seats.

Gallery: Create A Buzz In This Black-And-Yellow 2012 Ariel Atom 3

According to the company's website, each Ariel Atom is built to order for its owner, and there is a wide variety of available options. Whether it's for having fun on a track, cruising around town, or simply riding on some picturesque roads or mountain passes. Each individual Atom is built from the ground up at the U.S.-based facility.

For more information and details of this car, feel free to contact Lamborghini Dallas at 888-400-6950.