Incredibly Rare 1963 Lancia Flaminia Super Sport Could Be Yours 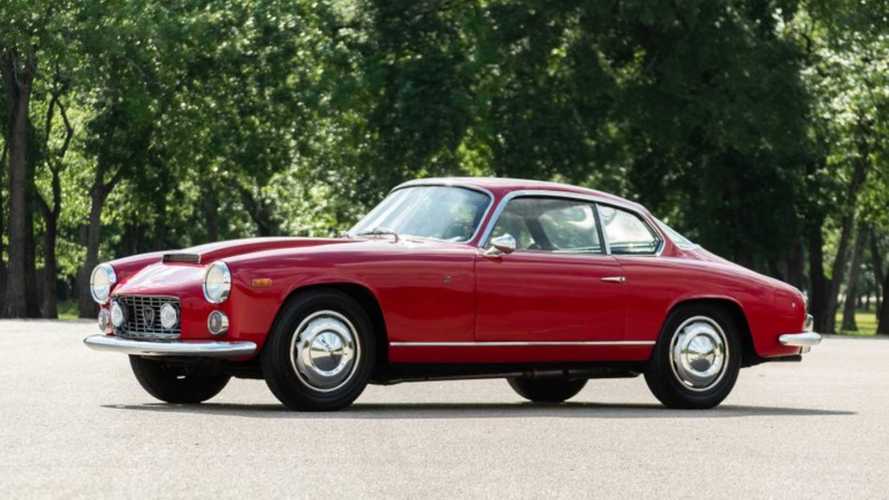 It’s one of just 33 models that were built by Zagato.

The Lancia Flaminia is a luxury car that was produced by the Italian automaker from 1957 to 1970. It was the brand’s flagship model at that time, replacing the aging Lancia Aurelia line. While the Aurelia stayed true to the rounded looks of the 1950s, the Flaminia sported the sharper edges that aligned with the 1960s designs. The Lancia Flaminia was available in saloon, coupe, and cabriolet variants. The coupe and convertible models were built with bodies from a number of prestigious Italian coachbuilders. The 1963 Lancia Flaminia Super Sport you see here was built by the well-known company Zagato. This rare beauty is currently up for sale through DriverSource and could be a very valuable addition to your garage.

The alloy-bodied Flaminia Sport debuted at the 1958 Turin Auto Show and was one of the most successful Zagato designs of that time. After an initial run of approximately 99 examples with covered headlights, the design was updated to accommodate the open vertical headlights. In 1961, the 2.5-liter engine was upgraded with three Weber double-downdraft carburettors, which increased brake horsepower to 140. The 1962-1963 models featured an enlarged triple-carb, 2.8-liter engine that saw an increase to 150 brake horsepower. The new model boasted lighter weight, improved aerodynamics, and higher long-distance capability. This particular example (826132-1007) is the seventh of just 33 open-headlight “Double Bubble” Zagato Flaminia Sports cars with the desirable 3C 2.8-liter engine.

Gallery: Incredibly Rare 1963 Lancia Flaminia Super Sport Could Be Yours

This is, hands down, one of the rarest and most sought after Lancias from the period. The car was well taken care of and looked after by wide-eyed enthusiasts for nearly two decades. In fact, it was formerly owned by publisher Keith Martin. A 30th anniversary article in the January 2018 edition of Sports Car Market features an article entitled “Three That Got Away” that talks about Keith Martin’s ownership of the car. The car was also featured on the cover of Hemming Sports & Exotic Car magazine. It is eligible for significant automotive events around the globe and was a participant of The Quail, the Concorso Italiano, and the Arizona Concours d’Elegance.

The sale of this 1963 Lancia Flaminia Super Sport comes with all its original books, publications, manuals, and emergency accessories. It also received a scheduled service and tune-up this year, so it’s good to go.