Exceptionally Clean 1963 Austin-Healey 3000 Up For Sale 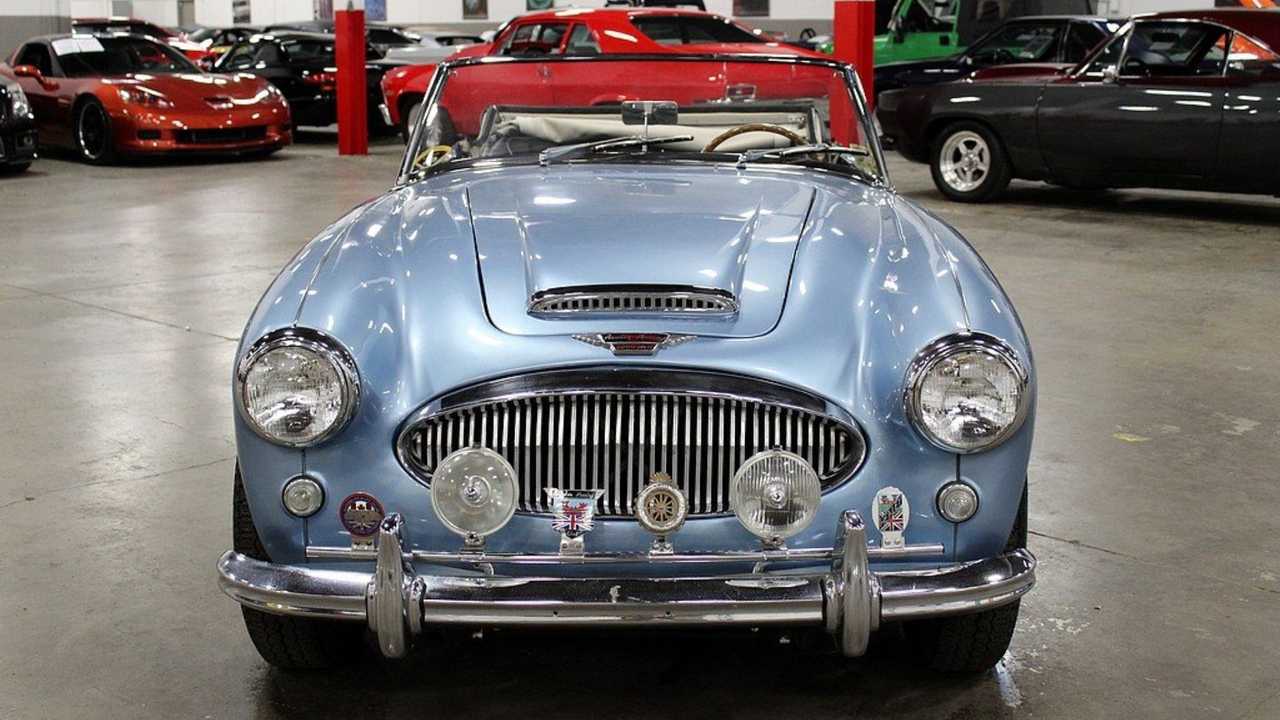 This British convertible offers the kind of luxury expected in much larger hardtops of the time.

You have the chance to own this handsome and very clean 1963 Austin-Healey 3000 MKII. With an obviously extensive restoration in the not too-distant past, this British convertible is ready to thrill you as a driver and please everyone else with its appearance. This Austin-Healey comes via GR Auto Gallery.

A blue and white paint scheme creates a wonderful and crowd-pleasing presentation. Punching things up further are the many chrome pieces, including the grille, hood scoop, headlight bezels, bumpers, and more. Also included is a fully functional black manual soft top, which is great to have in case the weather takes a sudden turn while you’re at an event or are just out for a relaxing drive. Wire spoke wheels and Union Jack badges on the front fenders add some excellent details to the convertible’s exterior. This is the kind of car you can drive pretty much anywhere and get plenty of stares, because it looks just so amazing, even to non-car people.

Power comes from a 2.9-liter C-Series inline 6-cylinder engine, which runs strong and smoothly. Like any proper driver’s car, this Austin-Healey 3000 also comes with a sharp and responsive manual transmission. Front disc brakes are great not only for emergency stops but also maintaining control of this car in sharp turns.

With a production run lasting from 1959 to 1967, the Austin-Healey 3000 might have represented British automotive craftsmanship and style, but it became a popular model in the United States. In fact, the overwhelming majority of 1963 Austin-Healey 3000s were shipped to North America. The most popular of the so-called big Healey models, all bodywork for the 3000 was performed by Jensen Motors, while assembly was done by BMC’s MGWorks, where MG models were manufactured.

This 1965 Austin-Healey Sprite Is An Affordable Vintage Cruiser