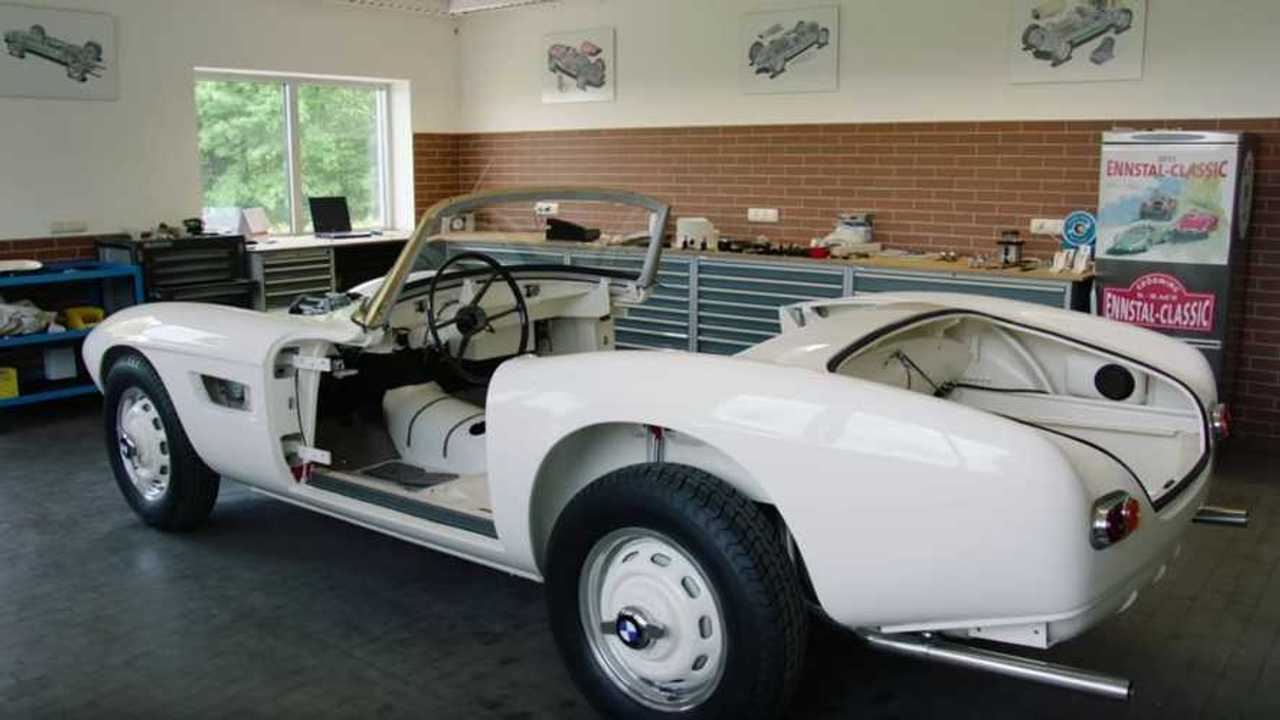 After changing hands in America for years, the King of Rock’s prized Bimmer goes home to Germany.

People are always fascinated with cars celebrities drive. The King of Rock, Mr. Elvis Presley might have been famous for driving and giving away Cadillacs, but at one point he owned a 1957 BMW 507. It’s a rare car with only 254 made and so is worth quite a bit, but the fact this one was owned by Elvis makes it all the more valuable. In this video, you get to see the restoration work performed on this ride, transforming it from something rough into a thing of beauty.

As you can see in the video, the BMW 507 starts with dust and grime covering pretty much every square inch. Technicians immediately start disassembling different parts, including the hood, doors, and top. From there it’s a matter of stripping the body panels and painting them white, removing corrosion from the chassis, restoring the various interior components, and putting everything back together. It’s fascinating to see how the Germans perform these tasks.

Elvis bought this Bimmer while he was famously stationed in Germany while serving for the US Army. Before Presley purchased it, the 507 was being used in Europe for road races, but the musician no doubt used his fame and part of this fortune to acquire the hot car. According to legend, the original white paint was changed to red since fans would scrawl messages on the body panels using their lipstick. Even though Elvis loved the car enough to transport it to the States in 1960 when he moved back, he traded it in at a dealership before too long.

BMW purchased the car from a man in Alabama who bought the 507 and stored it for years. It transported the vehicle to Germany, which is where this restoration took place. It’s not for sale, but instead BMW displays it for the public at events.