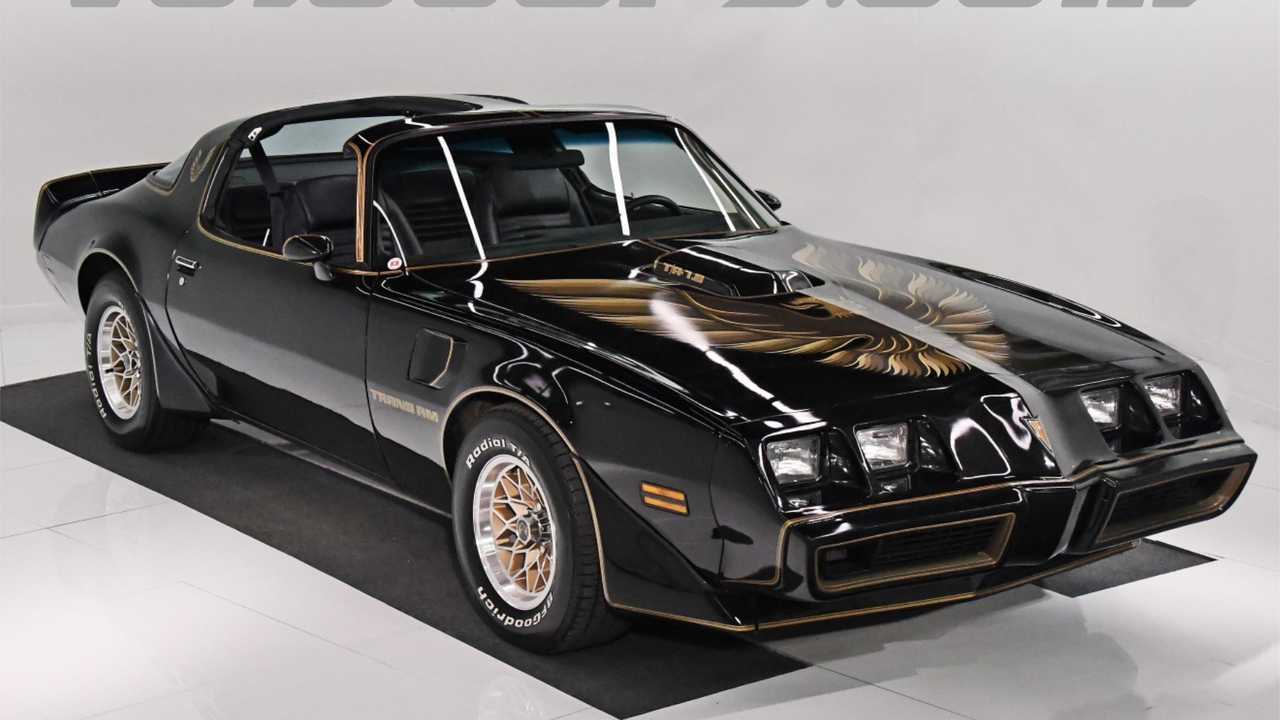 All you need is a cowboy hat and a killer 'stache!

While there are plenty of black Trans Ams out there that look like the lead car from Smokey and The Bandit, what you see here is a genuine 1979 Pontiac Trans Am Bandit equipped with the Y-84 Special Edition – aka, the Bandit Edition. Volo Cars has this amazing example of a Trans Am listed for sale at $41,998.

Adding the Bandit look, the Special Edition comes in Starlight Black with a black interior and plenty of gold accents. On the outside, these accents include the iconic snow flake wheels, screaming chicken hood decal and all of the other stripes and accents. Inside, the dash gets a gold bezel around the cluster, and the three-spoke Formula steering wheel is trimmed in gold as well. Since Frog can't hop inside The Bandit's ride without them, the Bandit Edition also includes the t-top roof.

The overall condition of this 1979 Pontiac Trans Am Bandit is remarkable. All of the spoilers are in place and the plastic bumpers are free of cracks and splits. The interior and undercarriage are in equally impressive shape making this Trans Am look as good as it did back in 1979. And speaking of '79, this car also comes with the original window sticker to prove that this look wasn't achieved after the fact with readily accessible paint and stickers.

Gallery: Let Your Inner Bandit Run Wild With This 1979 Pontiac Trans Am

About the only thing not original on this car are the newer BFGoodrich tires and the 455 CID V-8 under the hood. At some point in this car's life, the original 403 CID V-8 was swapped out in favor of the bigger engine, but this conversion left the car and the shaker hood in otherwise original condition. For even better performance and handling, this car has the optional WS-6 package that delivers factory four-wheel power disc brakes and other suspension upgrades.

Get your ears on and put the hammer down!