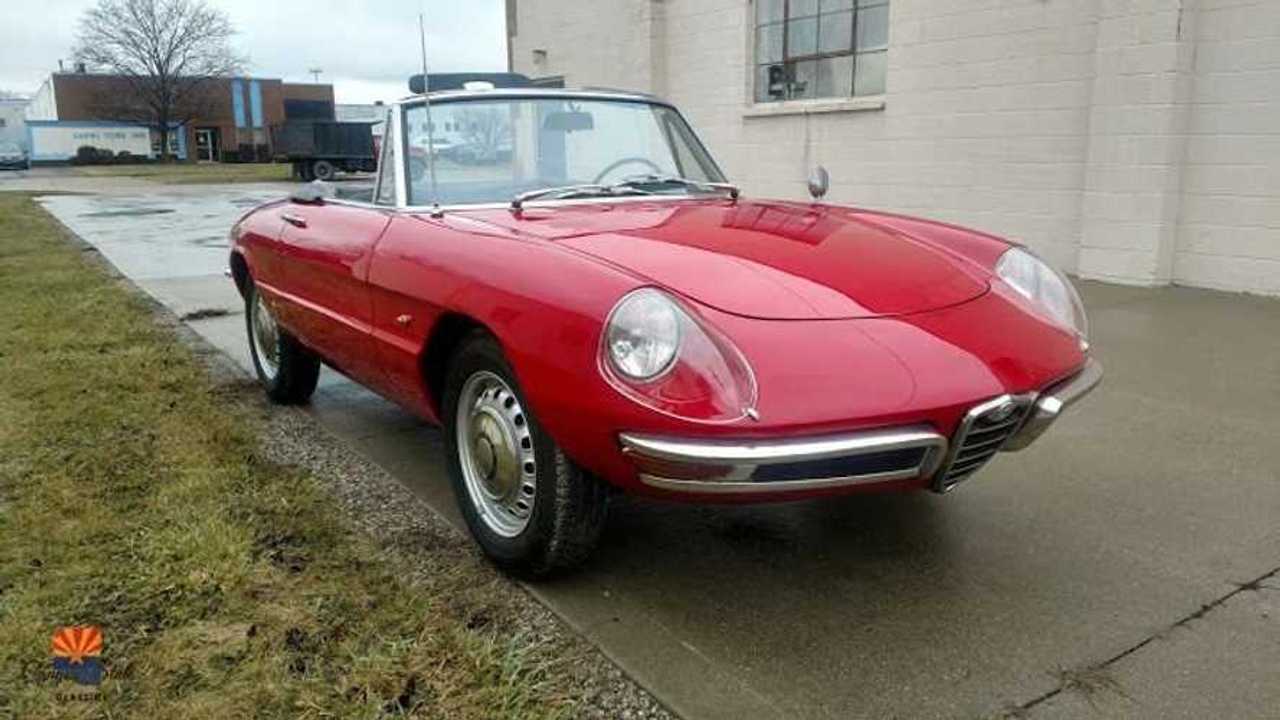 One of the nicest restored Alfa Spider Duettos currently on the market.

Now is your chance to own one of the best restored Alfa Duetto Spiders on the market worldwide. This car received a rotisserie nut and bolt restoration and was well documented throughout the entire process. The 1967 Alfa Romeo Spider Duetto 1600 you see here was sold nearly two years ago for almost $60,000; the value of these cars has only gone up since then! It is now up for sale through Canyon State Classics.

This Spider Duetto was bought brand new in Frankfurt, Germany and is only one of 6,324 models produced from 1966 to 1967. It spent most of its life with an Alfa Romeo enthusiast in Colorado, where it was stored for 17 years after he passed away. Since 2015, when the car went to the resto shop, this example has had only one owner who put a few thousand miles on it.

The professional restoration also included new floors, rockers and quarters, new taillight housings, turn signals, and a repaired headlight housing. This beautiful Spider Duetto now sits on new Michelin tires that house restored factory wheels, which have covered just under 300 miles. The trunk is also in great condition and stores a fifth factory steel wheel inside of the same Michelin rubber. The interior is clean and tidy, with refurbished original parts and OEM-quality reproductions. The seats were reupholstered, rubber floor mats were added, the dash was restored, and aftermarket 3-point seatbelts were added for safety. The list of features and resto-mods goes on and on.

Under the hood, the 1500cc twin-cam inline-four is said to be a factory replacement that was added by the original owner. The motor retains the dual Weber carbs and is mated to a five-speed manual transmission. This combination was rated at 108 horsepower when new. The seller reports that the car starts right up and is running strong with no mechanical issues. This example is offered with an extensive written and photographic record of the entire restoration from start to finish.